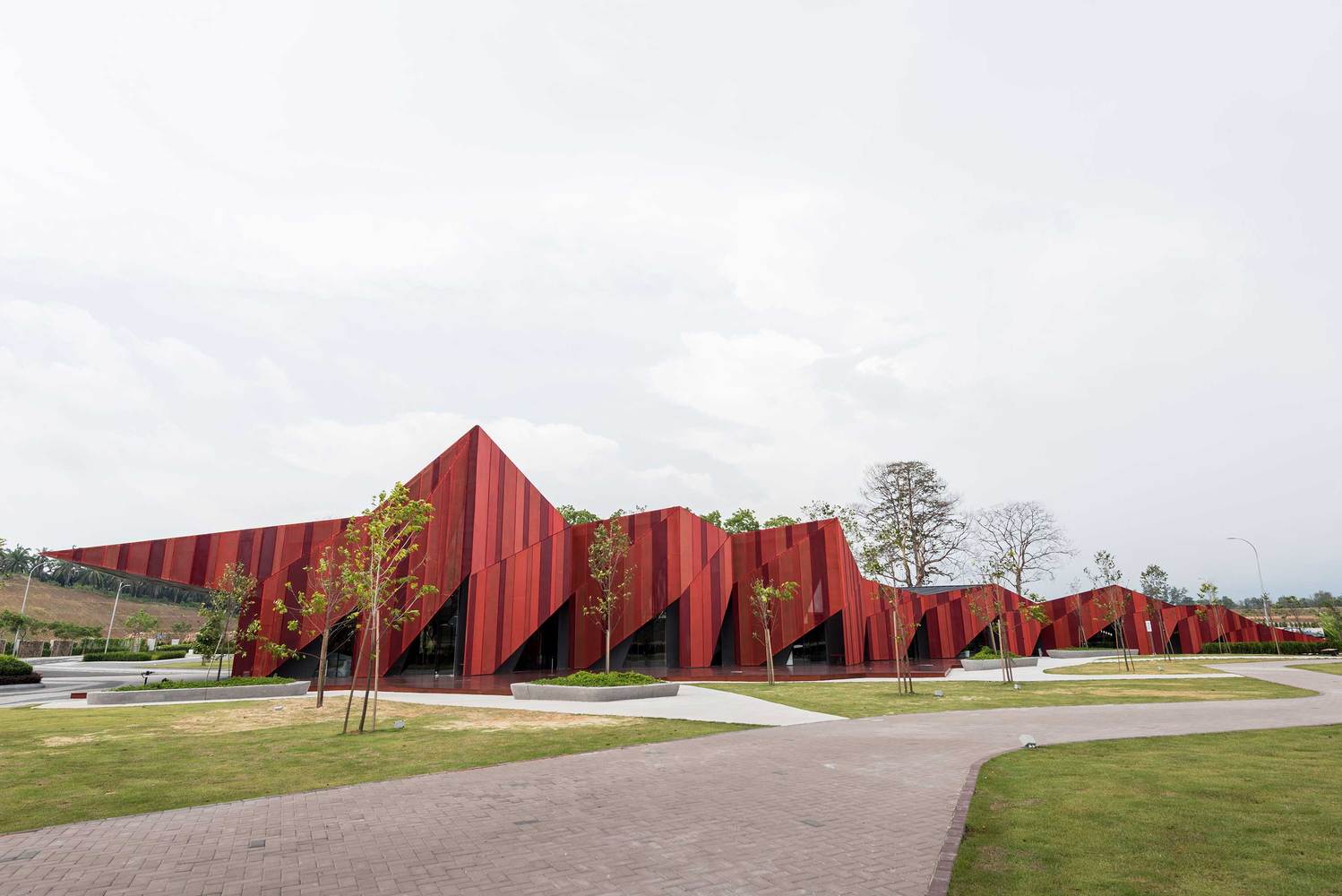 Text description provided by the architects. The journey to site began in an arduous adventure on foot at the edge of a small tropical town. In a bewildered quest to locate the site boundary within a hinterland, the lead architect Cherng Yih Lee trekked through acres of abandoned oil palm plantations and on what seemed to be one of the few remaining grasslands for a dairy farm in the locality. The exact location of site remained unidentified on the first day as the crew felt disoriented amidst large, undulating hills within an agricultural landscape that will soon disappear as development plans for urban housing in the area has been set in motion. 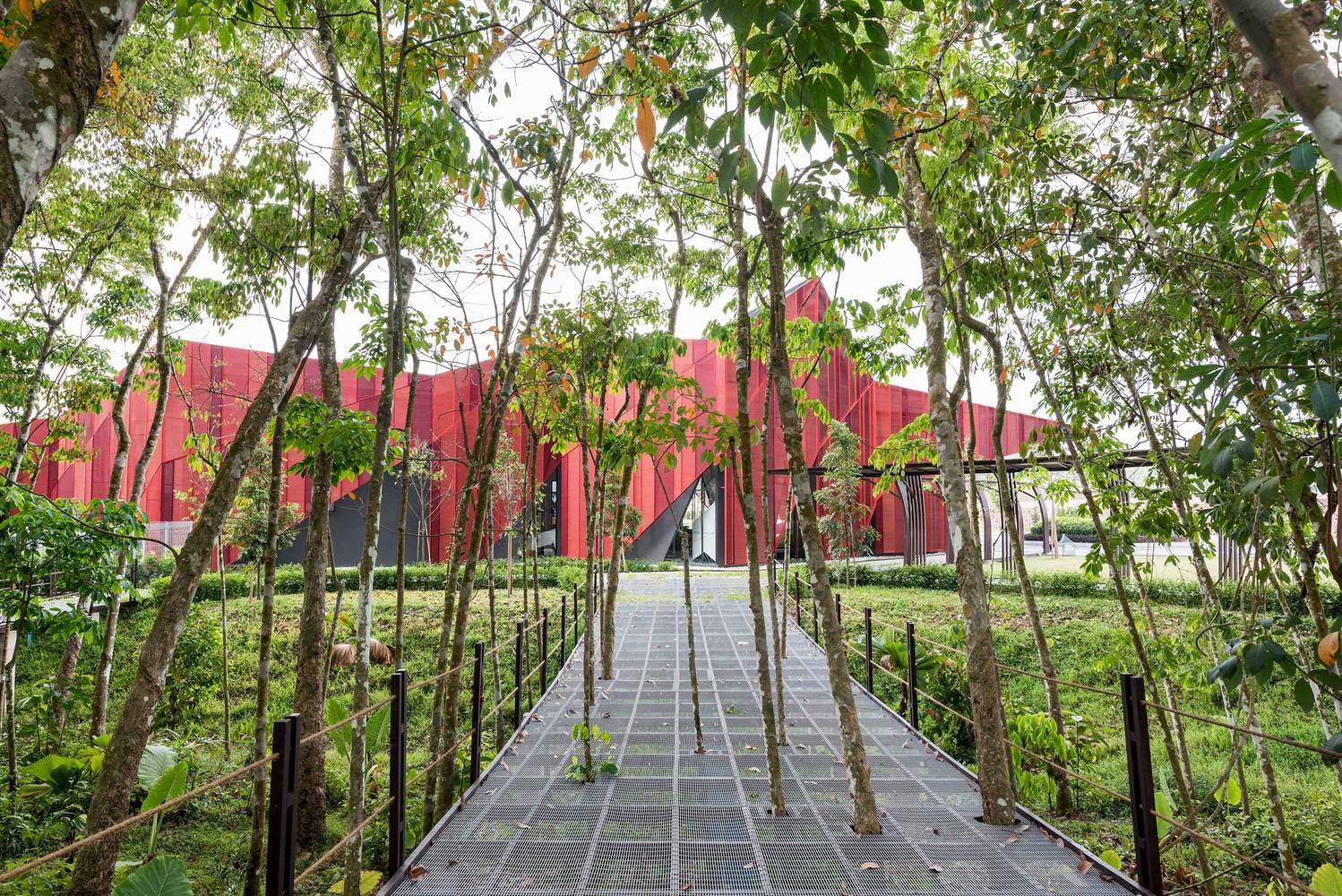 Whilst studying the site, an unusual landscape pattern emerged. The prevailing palm oil trees had formed a border around an area of what was later known to be a cluster of rubber trees preserved during the land-clearing works. This incident inspired the ensuing design process.

The design of a human experience preceded designing the actual building. This is a journey in which one discovers a forgotten place. The path to the gallery is found at one end of the preserved rubber forest as visitors are encouraged to find their way through the trees on a winding and elevated metal platform. Due to the building’s striking red facade, one can always vaguely see it behind the forest. However, its image is never certain nor fully revealed. Entering the forest path is akin to a entering a dark cave. Conversely, one sees a huge white cave when walking into the building’s gallery. 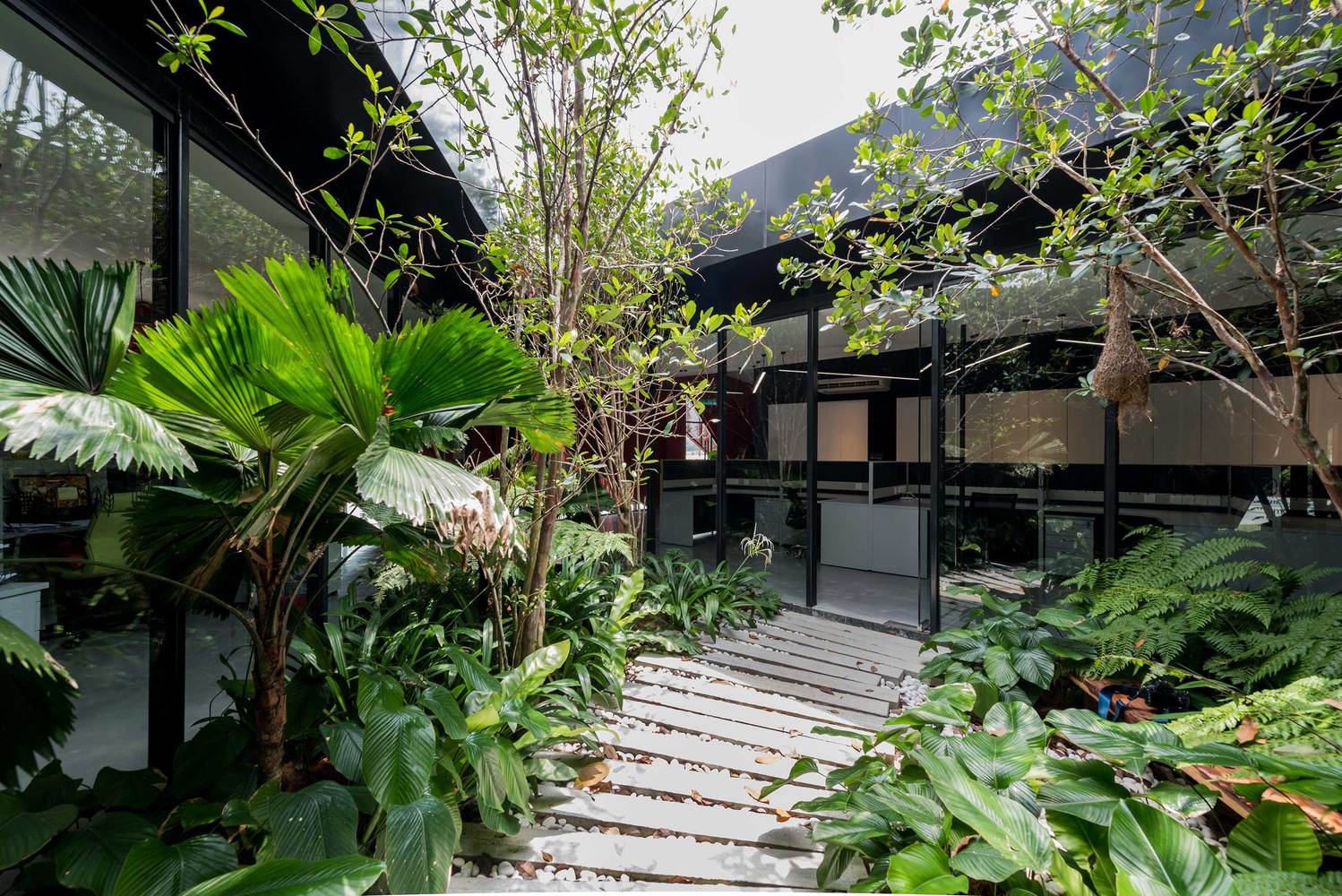 Across different functional areas, the scale of space changes dramatically from one end of the building to the other as ceilings rise and fall above the head, and as walls fold in and out at various places, framing fragmented views of the outside at angles. A zig-zag corridor leading to an internal courtyard garden that serves as a central point to the office space is all part of a designed journey that mimics the experience of searching for a destination in a forest. 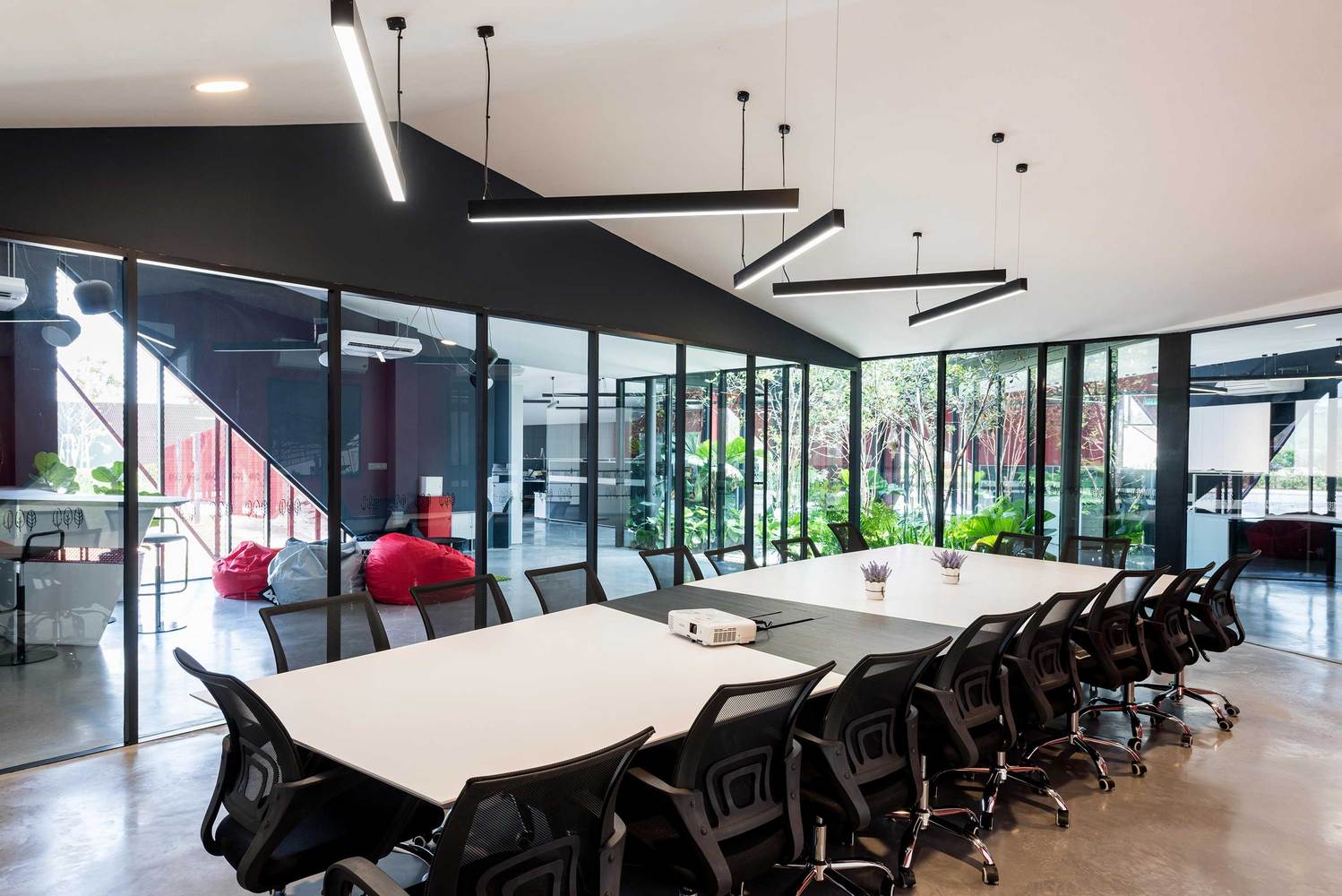 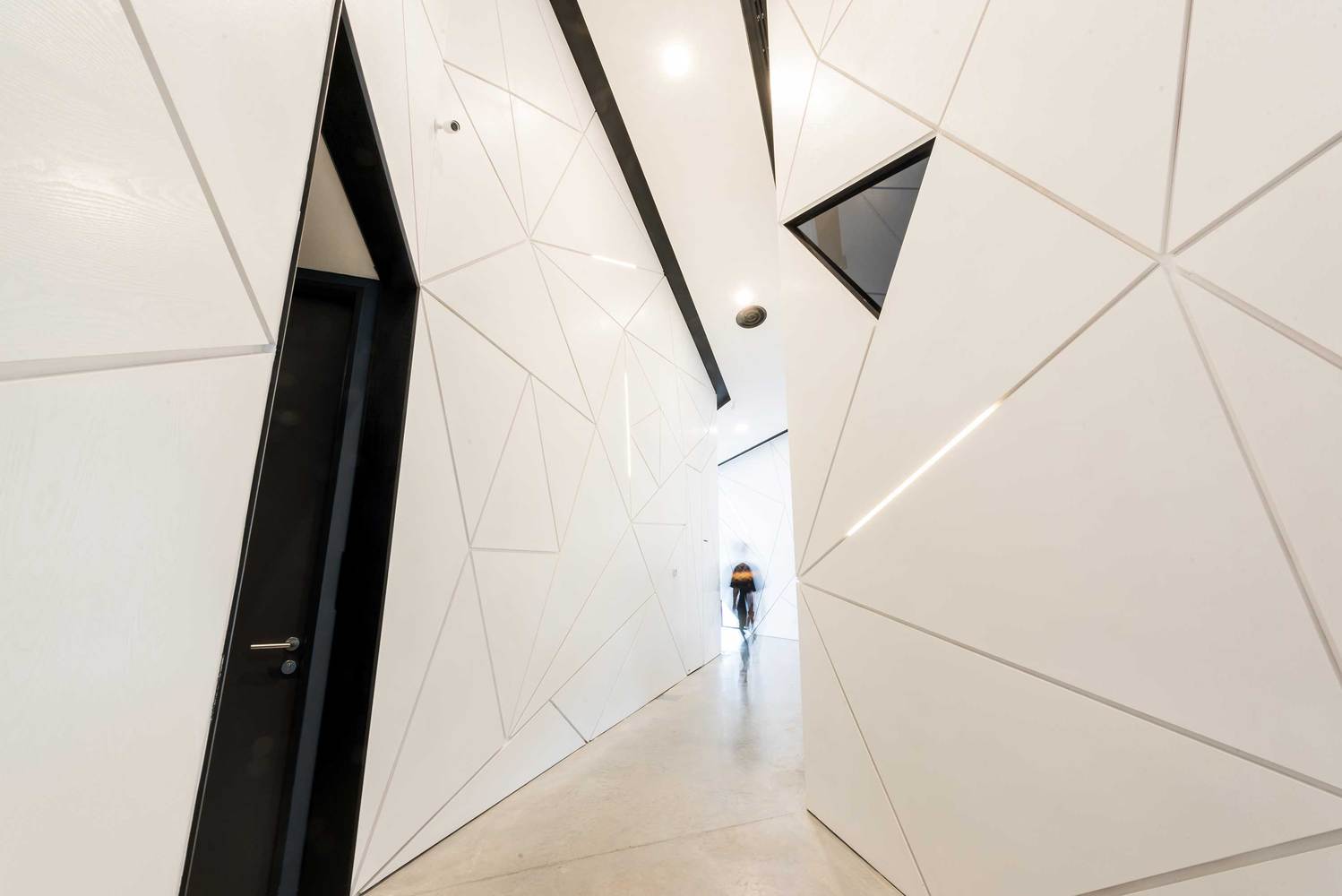 As one leaves the site southward, the building is fully revealed with the forest behind it. Its form is a reminiscence of compressed, undulating hills that slope towards the ground, disregarding any sense of scale. 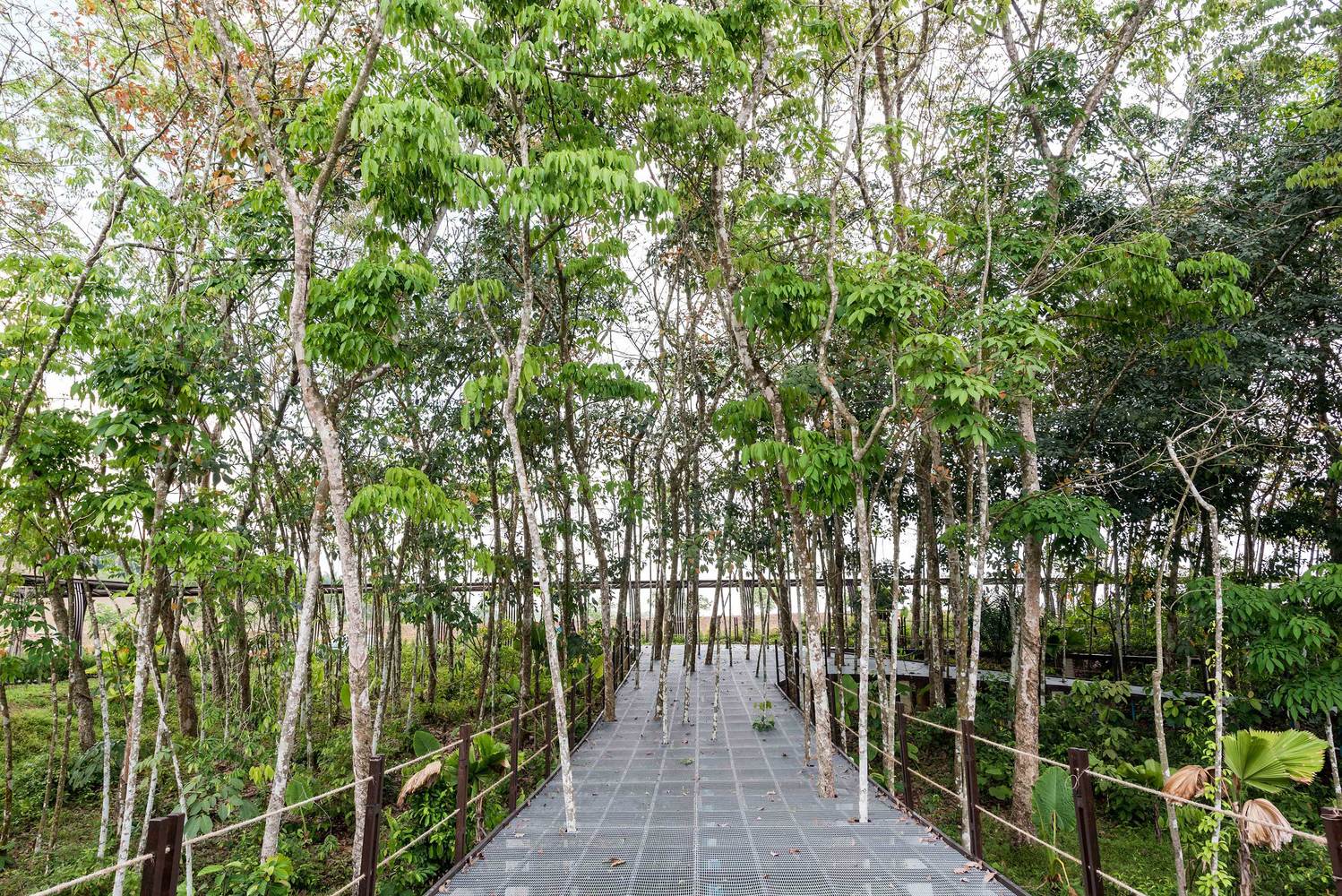 Get To Know The 2022 Qatar World Cup Stadiums