The design of the seventh stadium being constructed for the 2022 FIFA World Cup in Qatar has been revealed. Designed by Fenwick Iribarren Architects, the Ras Abu Aboud Stadium will be constructed from a series of modified shipping containers sitting within a steel framework, allowing it to be quickly assembled, disassembled and then reassembled in a new location following the conclusion of the event.

“This venue offers the perfect legacy, capable of being reassembled in a new location in its entirety or built into numerous small sports and cultural venues,” said H.E. Hassan Al Thawadi, Secretary General of the Supreme Committee for Delivery & Legacy.”  All of this in a stadium that delivers the atmosphere fans expect at a World Cup and which we will build in a more sustainable way than ever before. I’m delighted with this design and confident that Ras Abu Aboud will become a blueprint for future mega-event planners to follow.” 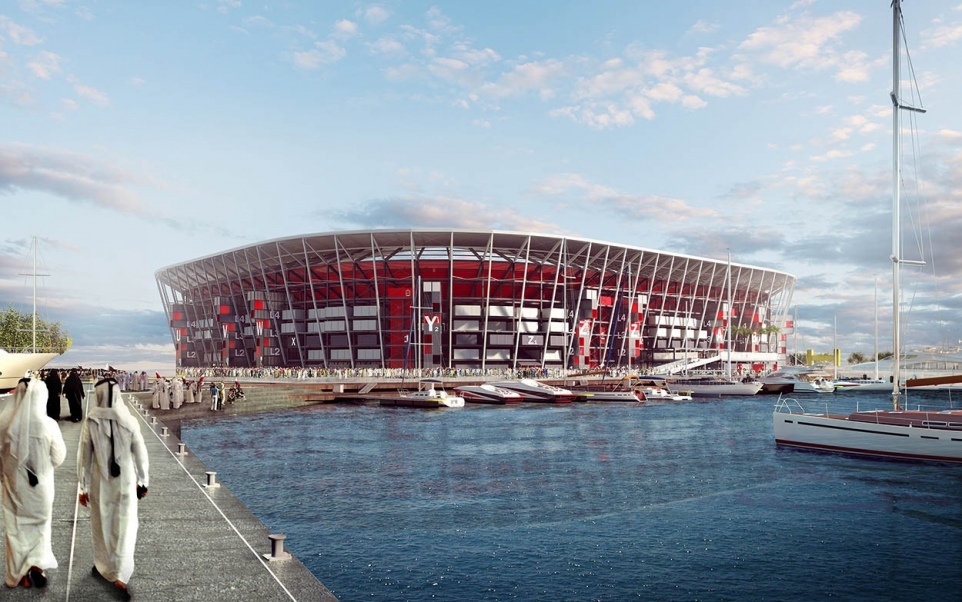 Located on a 450,000-square-metre (4.8-million-square-foot) waterfront site just southeast of Doha, the 40,000-seat stadium will be broken down into a series of modular blocks, modified shipping containers that echo the language of the nearby port. The containers will be altered to contain the various fundamental stadium program elements, including stairs, concessions and bathrooms.

The modular design will require fewer materials, create less waste and reduce the overall carbon footprint compared to a traditional building process, while also reducing construction time to as little as three years. The stadium is aiming to achieve a four-star Global Sustainability Assessment System (GSAS) certification. Structural and civil engineering services will be led by schlaich bergermann partner. 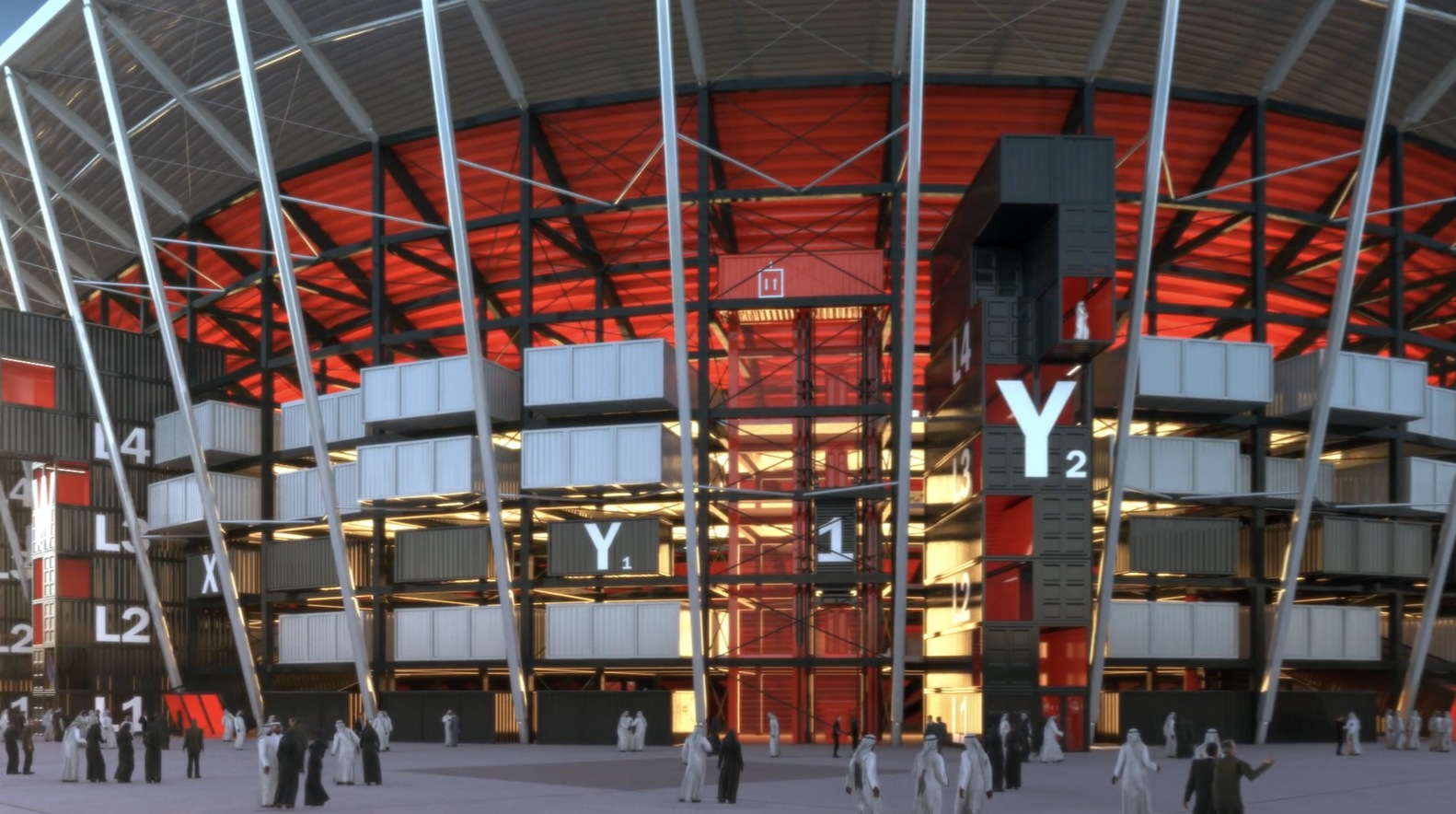 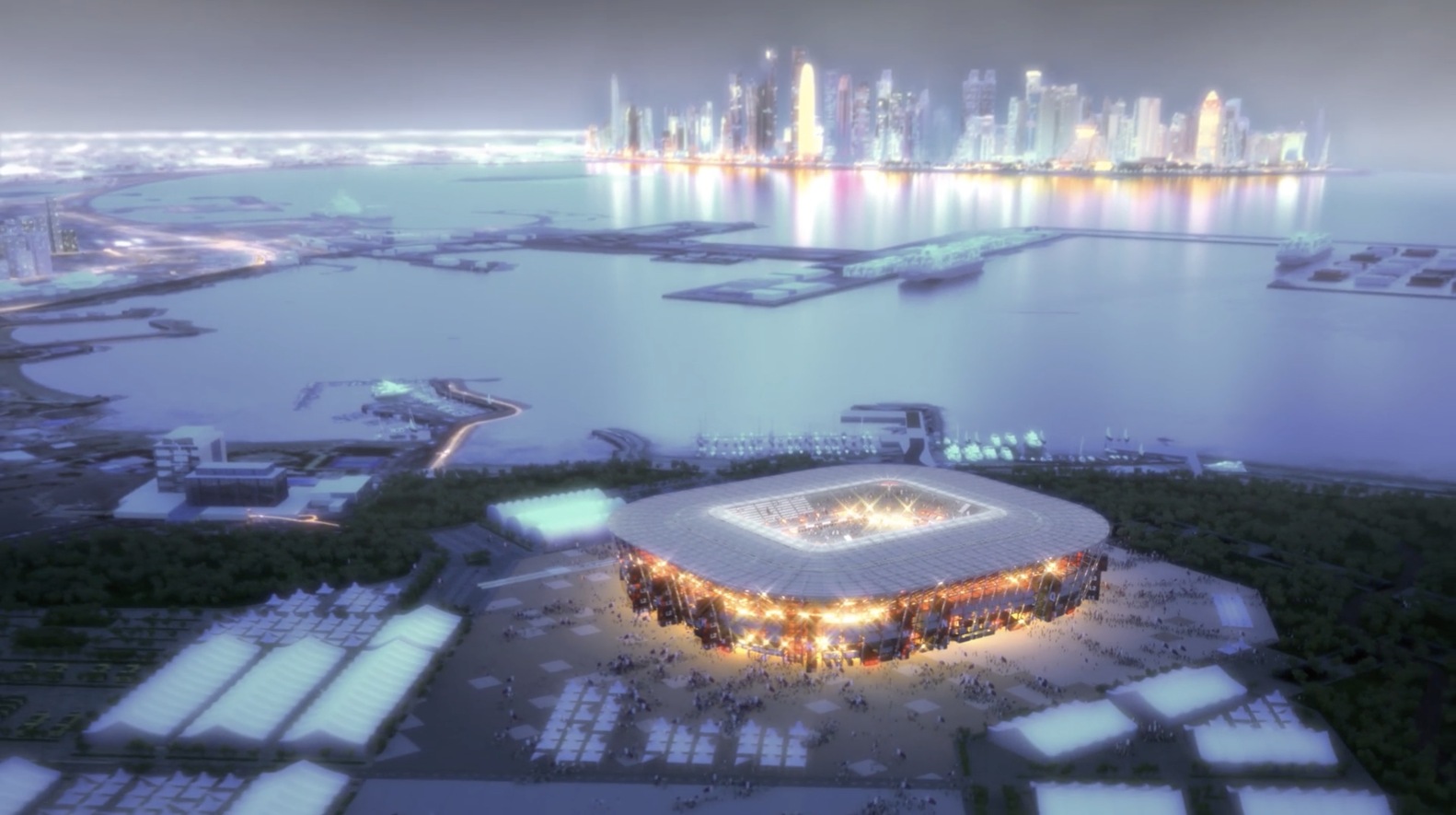 “We are delighted to be part of another 2022 FIFA World Cup™ project, and are very proud that our design for Ras Abu Aboud Stadium will go down in history as the first-ever moveable and reusable FIFA World Cup™ stadium,” commented FI-A Senior Partner and architect, Mark Fenwick. “We are confident that this innovative and sustainable concept will be an inspiration for stadium developers and architects around the world, capable of creating aesthetically pleasing venues that offer new legacy possibilities.”

Located just 1.5 kilometers (1 mile) from Doha’s Hamad International Airport, the stadium will be made easily accessible to visitors through a dedicated stop on Qatar Rail’s Gold Line and a potential water taxi stop. 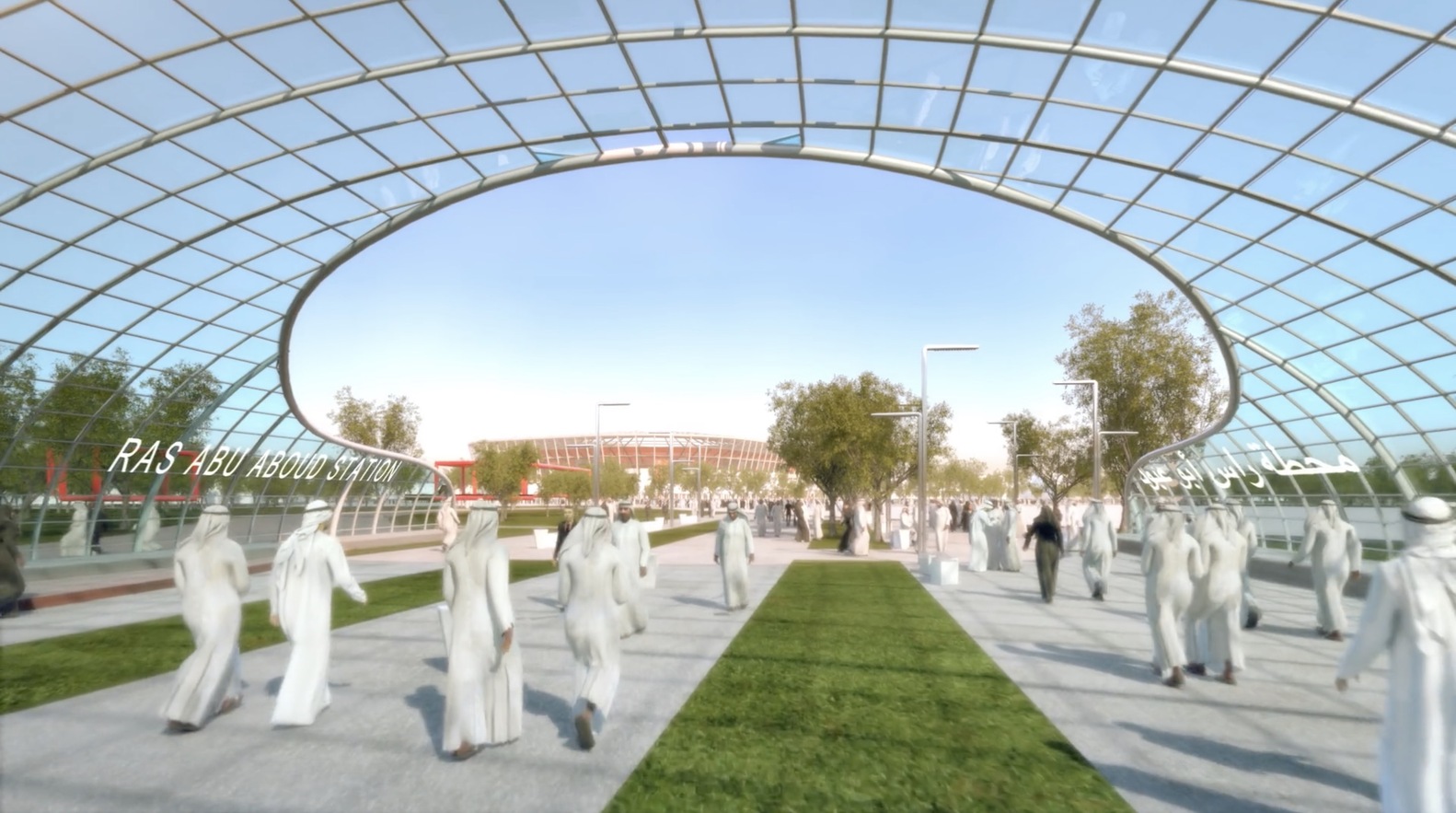 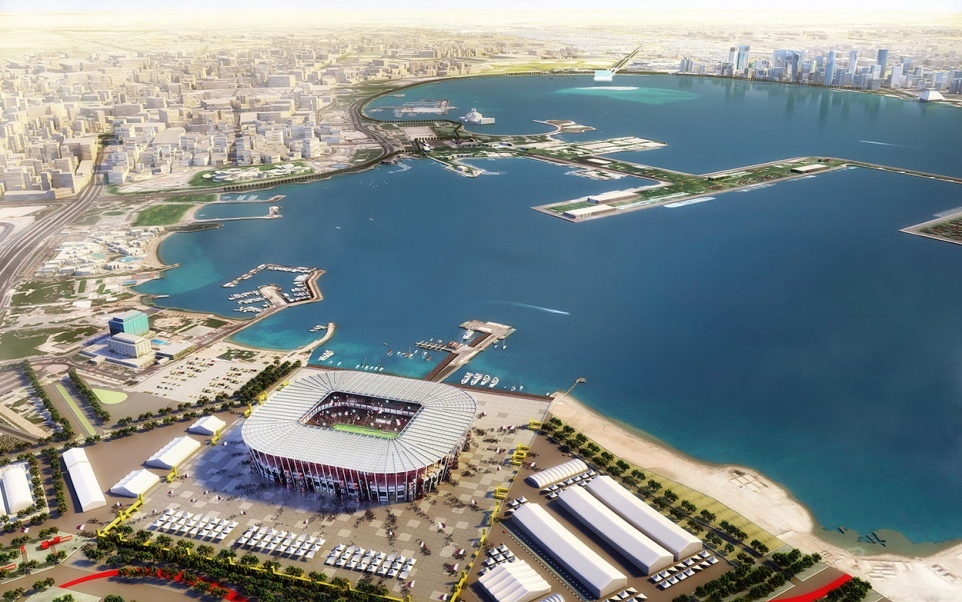 A number of World Cup stadiums are currently under construction across the country, including Ibrahim M Jaidah and Heerim’s Al Thumama Stadium, Foster + Partners’ Lusail Stadium (where opening and closing ceremonies will be held), and Zaha Hadid Architects’ Al Wakrah Stadium.

News via The Supreme Committee for Delivery & Legacy

Architecture in Limbo: How Technology is Changing the Way We Use “Useless” Space

Source:"worldarchitecture.org" Submitted by Pappal Suneja This is synopsis of Building for a Billion, an International…