As one of the latest built works of acclaimed Pritzker architect I.M. Pei, Suzhou Museum was built in the heart of his hometown, Suzhou, China. As one of the last surviving modernists, the architect strove to bring together both his modernist sensibilities as well as the Suzhou vernacular. Sited on the northeast section of the historic quarter of Suzhou, the museum is adjacent to the landmarked Zhong Wang Fu, a complex of 19th-century historical residences, and the Garden of the Humble Administrator, a 16th-century garden listed as a UNESCO World Heritage site. [1]

Images in this article were captured in 2016 by Rome-based photographer, Chenxing Mi. Read the full article after the break. 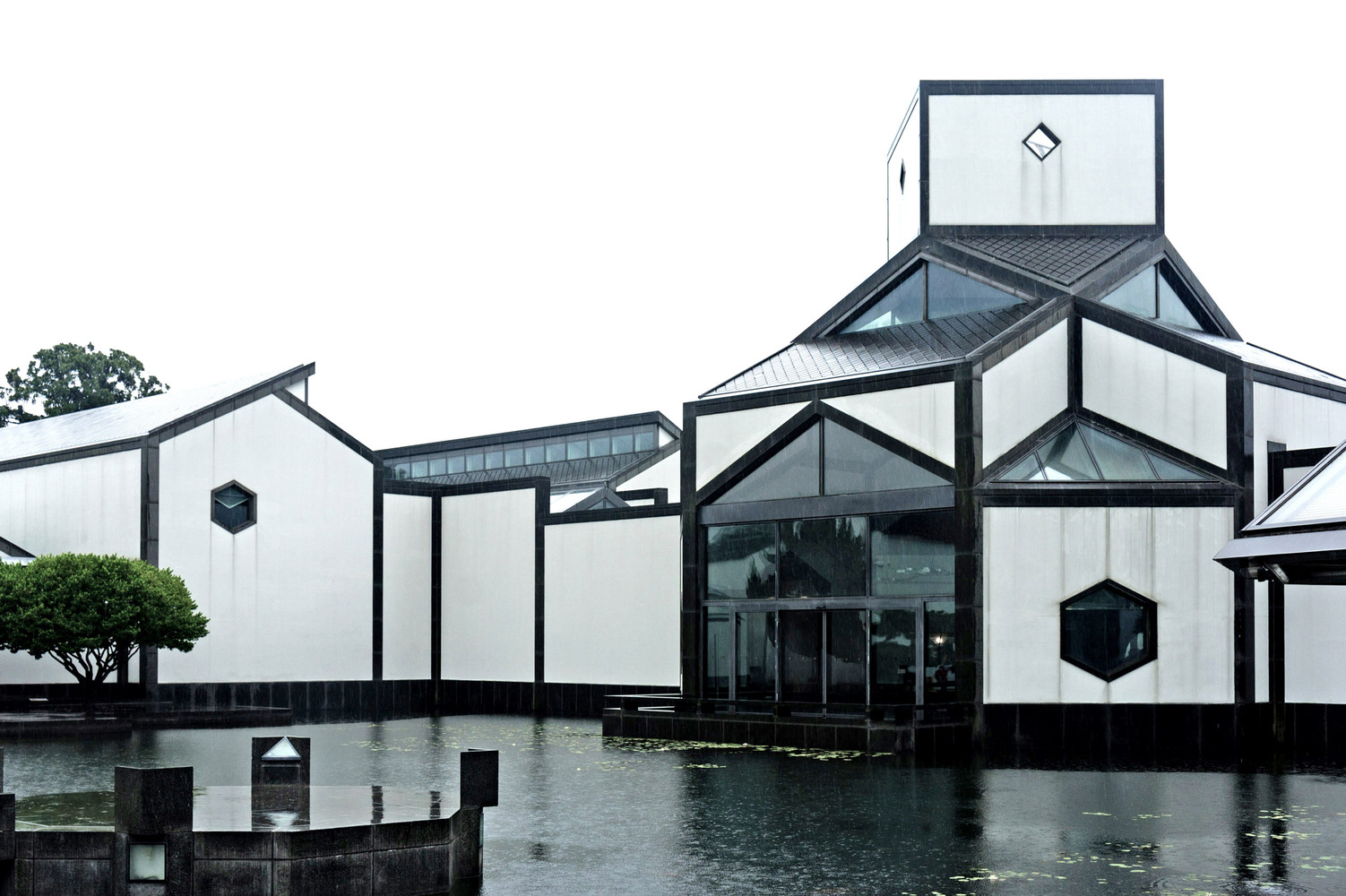 While the museum carries over many of the geometric and visual elements that characterize Pei’s design – squares, rectangles, and pyramids – the design takes cues from traditional Suzhou architecture with its use of whitewashed plaster walls, dark gray clay tile roofs and intricate garden architecture. [1] The undulating folds of geometries, coupled with a palette familiar to the Suzhou region, becomes a unique hybrid that represents the architect’s ambition to re-envision the Suzhou and Chinese vernacular in a contemporary context. 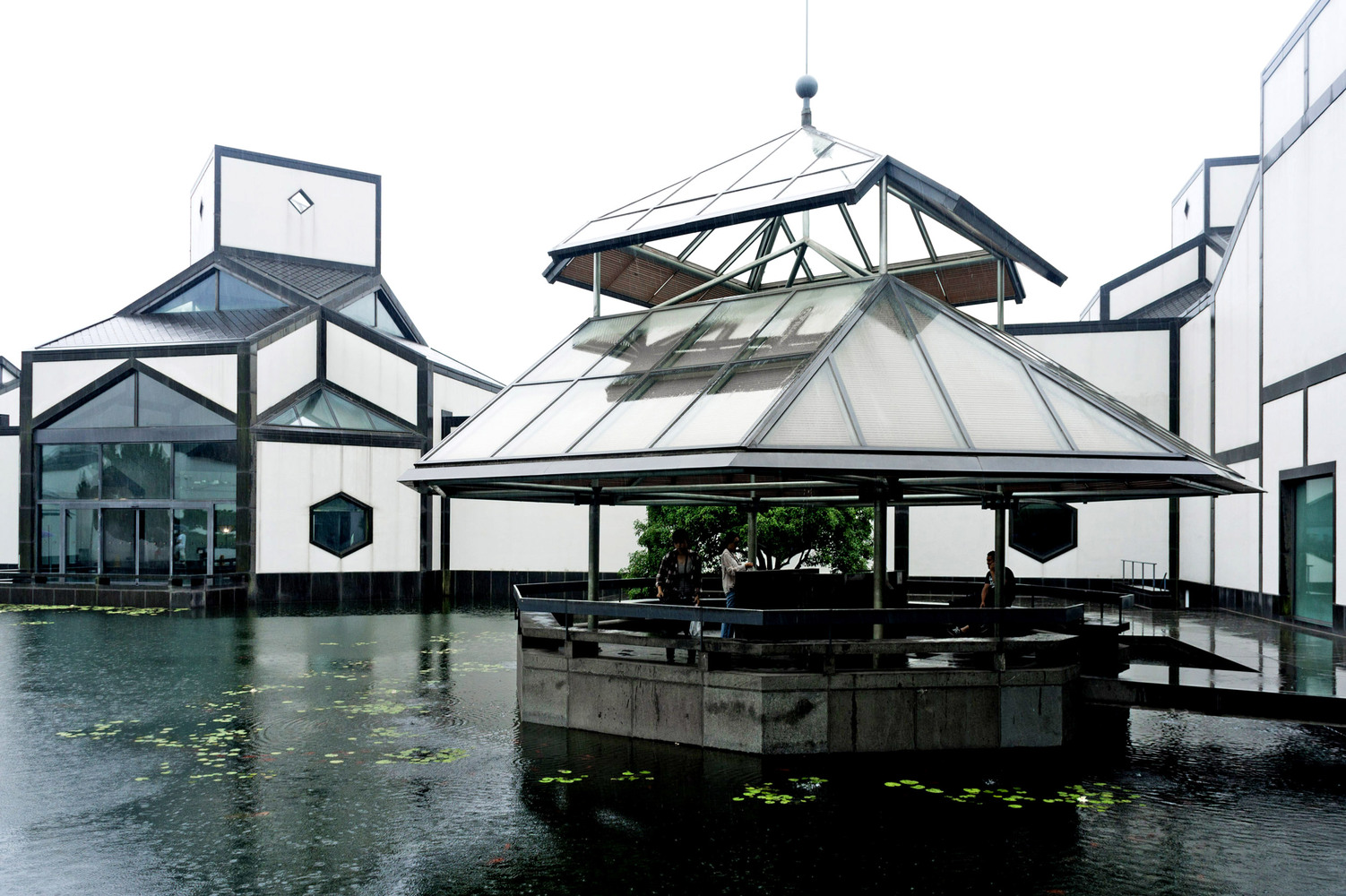 Elements such as symmetry, geometry, and focus on lines are shared in both Chinese and modernist traditions. The exterior walls are accented and highlighted with the gray lines that define the figure of the building, much like traditional calligraphy. It calls for a design that is “synthesized into a new language and order, one that is contemporary and forward looking and hopefully one that is a possible direction for the future of Chinese modern architecture.” [1] 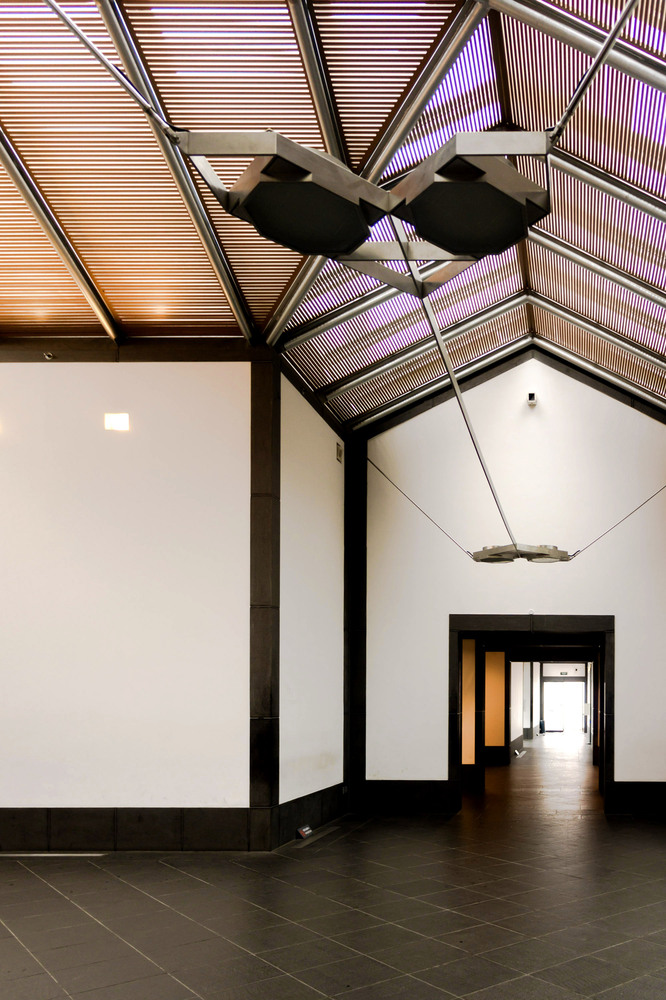 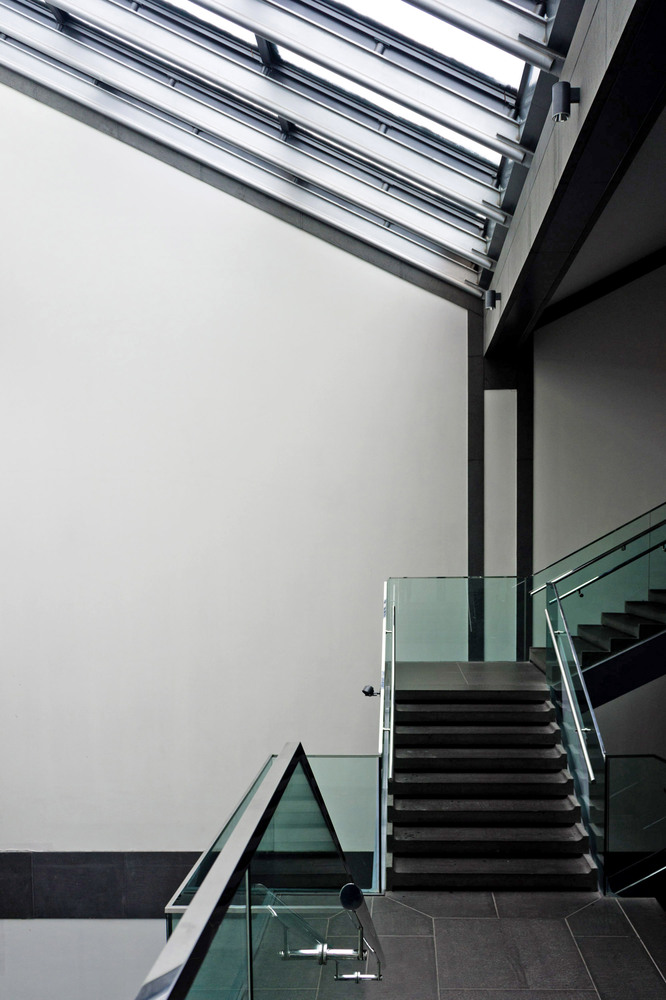 The synthesis is also reflected in the overall site design, where the plan features a rectangular layout that wraps around a central water court that features a gazebo in the middle, organized by a central axis of symmetry. Unlike the pronounced and distinct characteristic of Pei’s many other landmark projects, the Suzhou Museum chose to be humble and blends itself within the context of the city. In addition, the museum complex maintains rather humble building heights, in accordance and acknowledgement to the historic surroundings. As Pei put it in an interview with New York Times, “In China, architecture and the garden are one. A Western building is a building, and a garden is a garden. They’re related in spirit. But they are one in China.” [2] 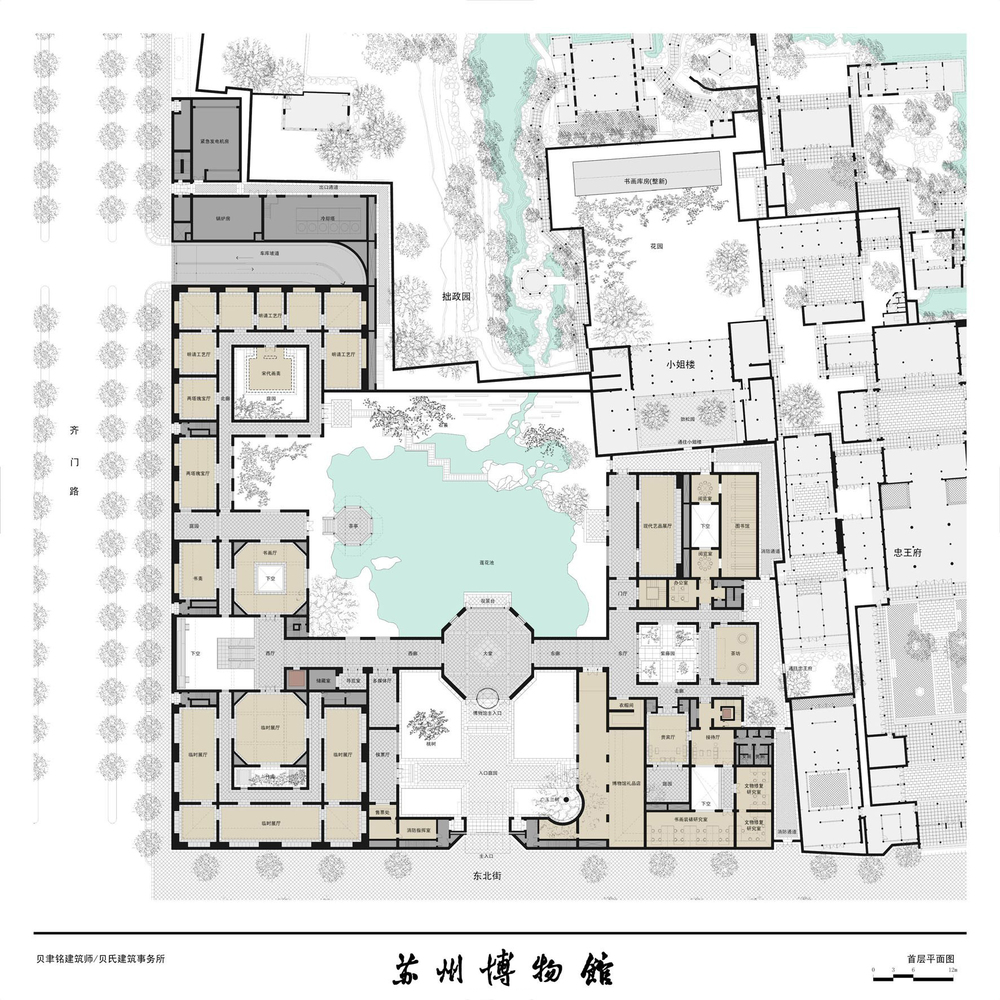 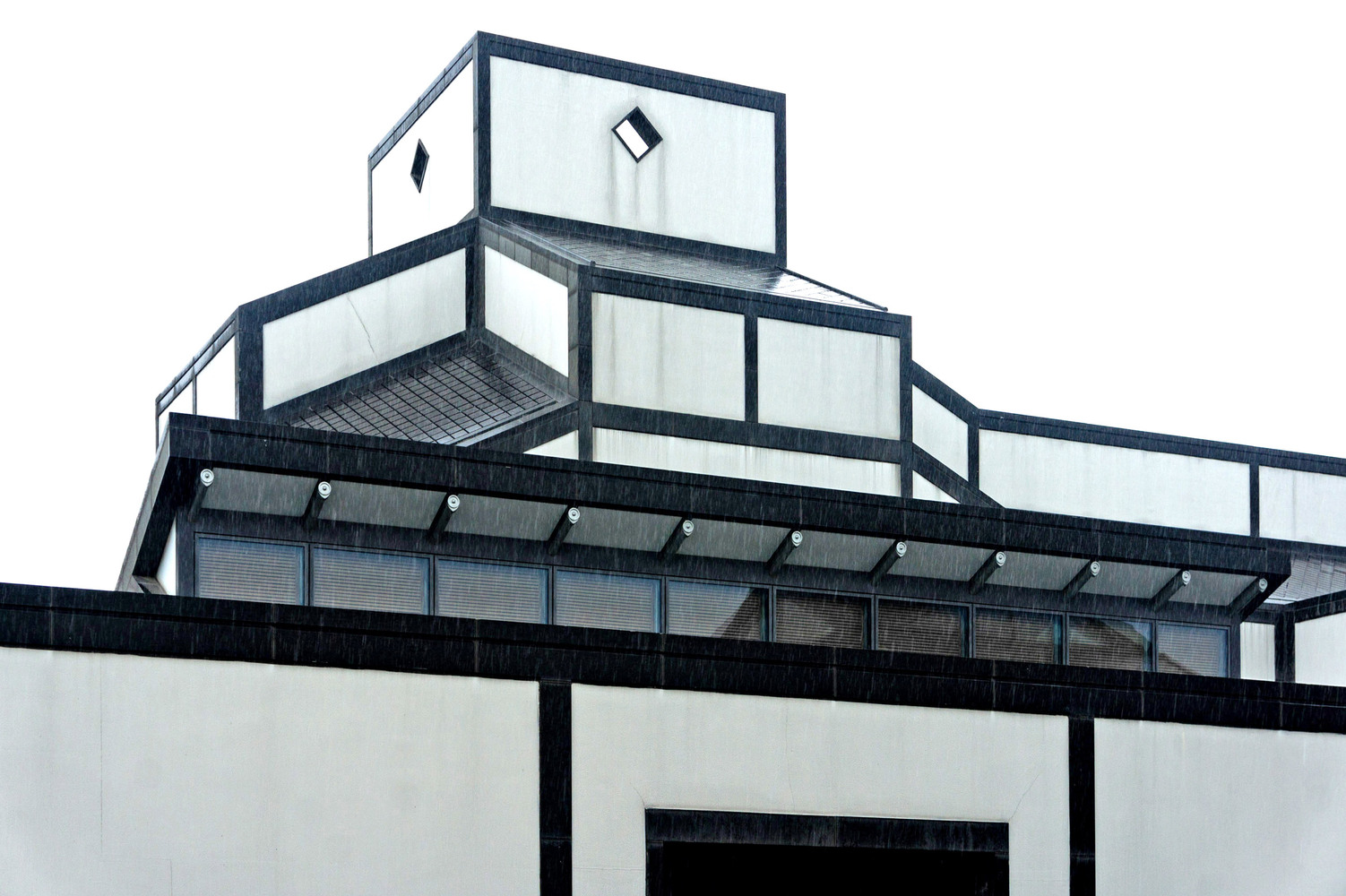 The plan of the central hall features a dynamic series of geometric folds that begins with an octagonal figure and gradually ascends into the peak of the roof, modulated by triangles, diamonds, and rectangles in between, echoing the folded roofs in traditional architecture while introducing ample amount of natural light into the building. 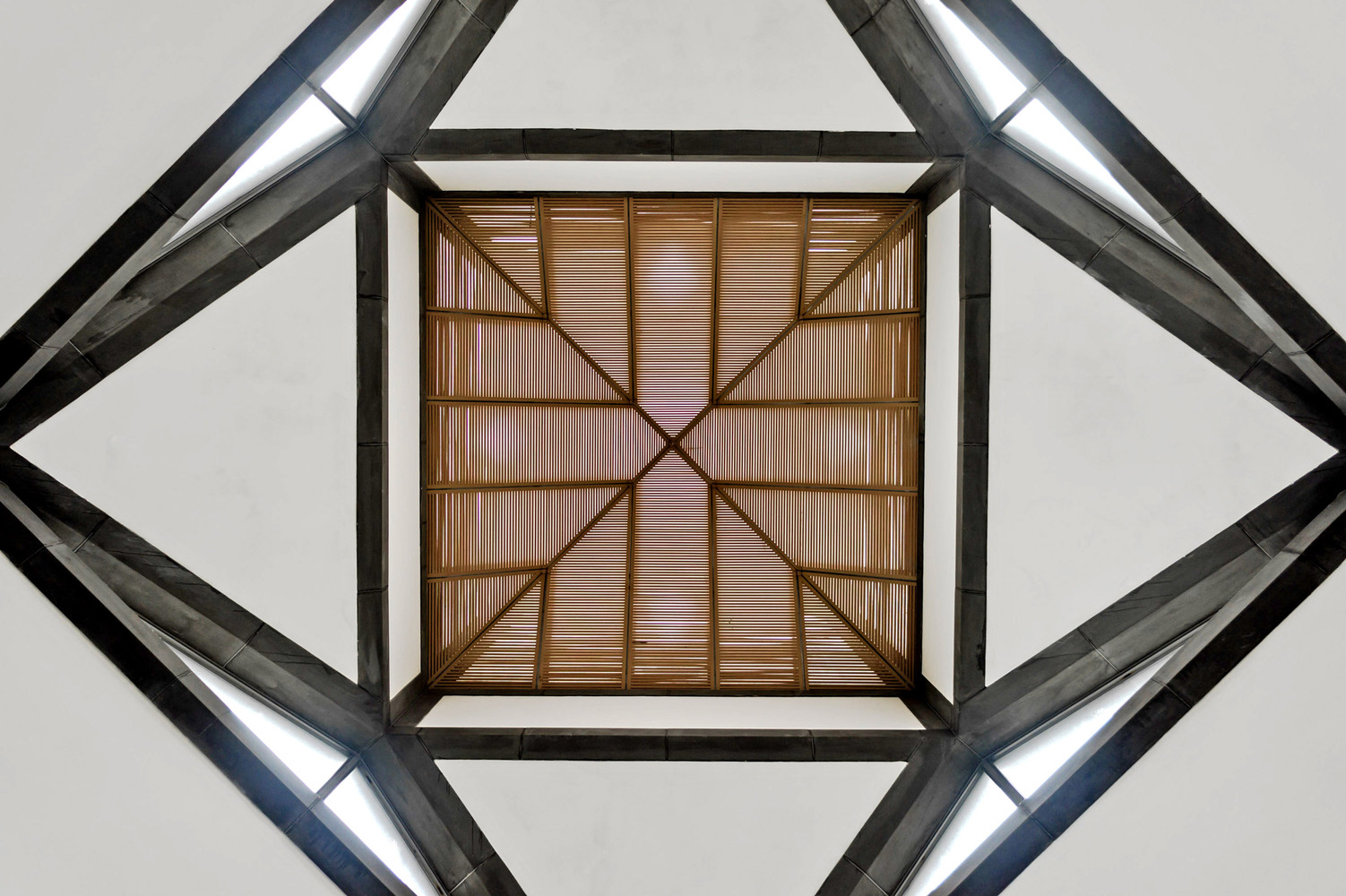 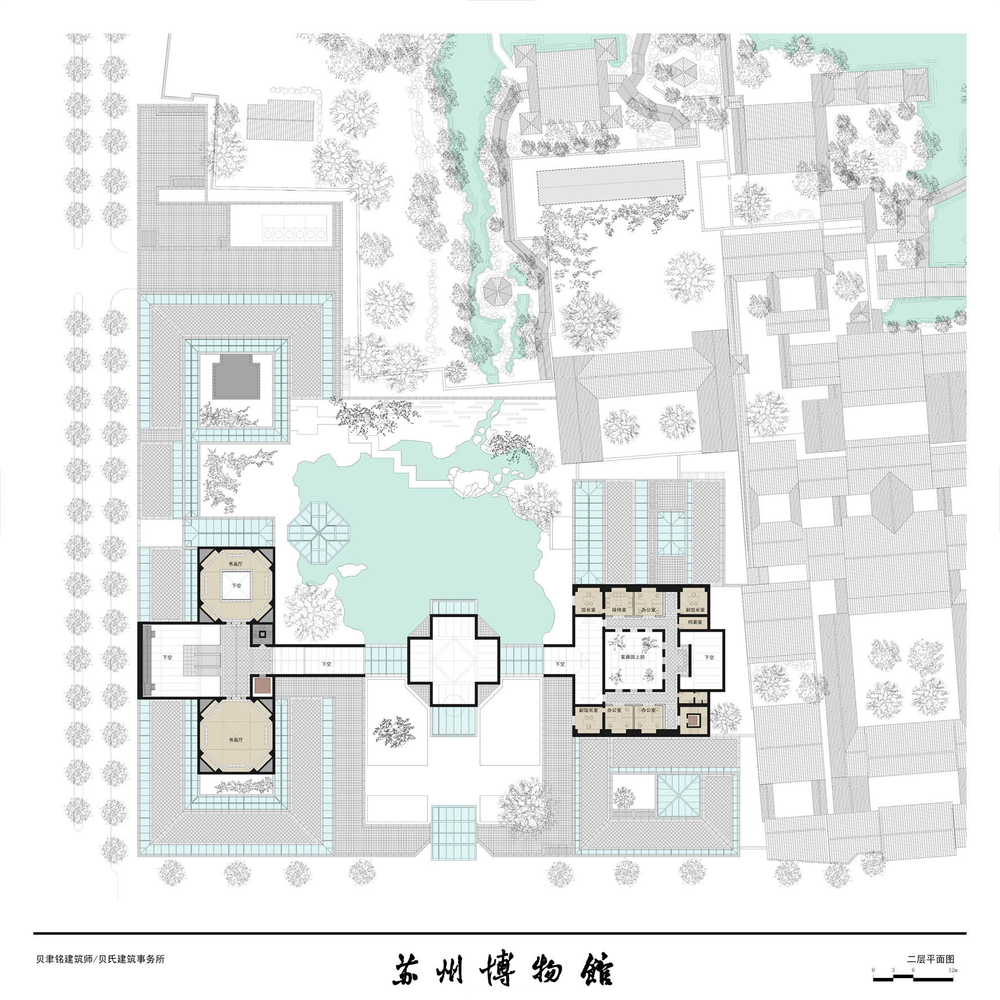 As with traditional Suzhou architecture, the design of the Art Museum is organized around a series of gardens and courts that mediates between the building and its surrounding environment. [1] The water court, when put in context with the extended urban fabric, forms a complete figure that completes the composition. Exhibition halls are organized around a network of cloisters to form an enclosed network that creates privacy and intimacy for the internal courtyard while modulating views. They allude to the “shifting perspective” technique in Song Dynasty landscape paintings and are intended to compel visitors to actively explore through the gardens. [3] The water court is organized and connected by a set of masonry bridges that surround a gazebo at the center, much like the case within a traditional Chinese garden. 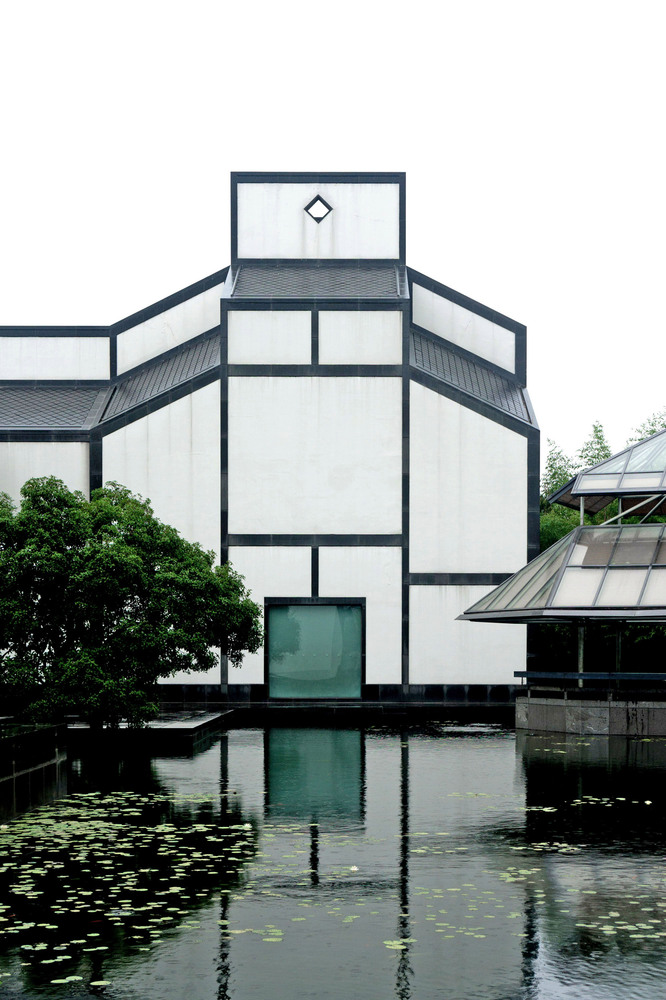 The central water court also features a contemporary rendition of garden rocks, echoing its counterparts in Garden of the Humble Administrator next door. The layered nature of these rocks forms a set of nuanced shadows and silhouettes against the white back wall, reminiscent and metaphorical of traditional Chinese ink painting, where abstract mountain peaks overlap against a white piece of paper. 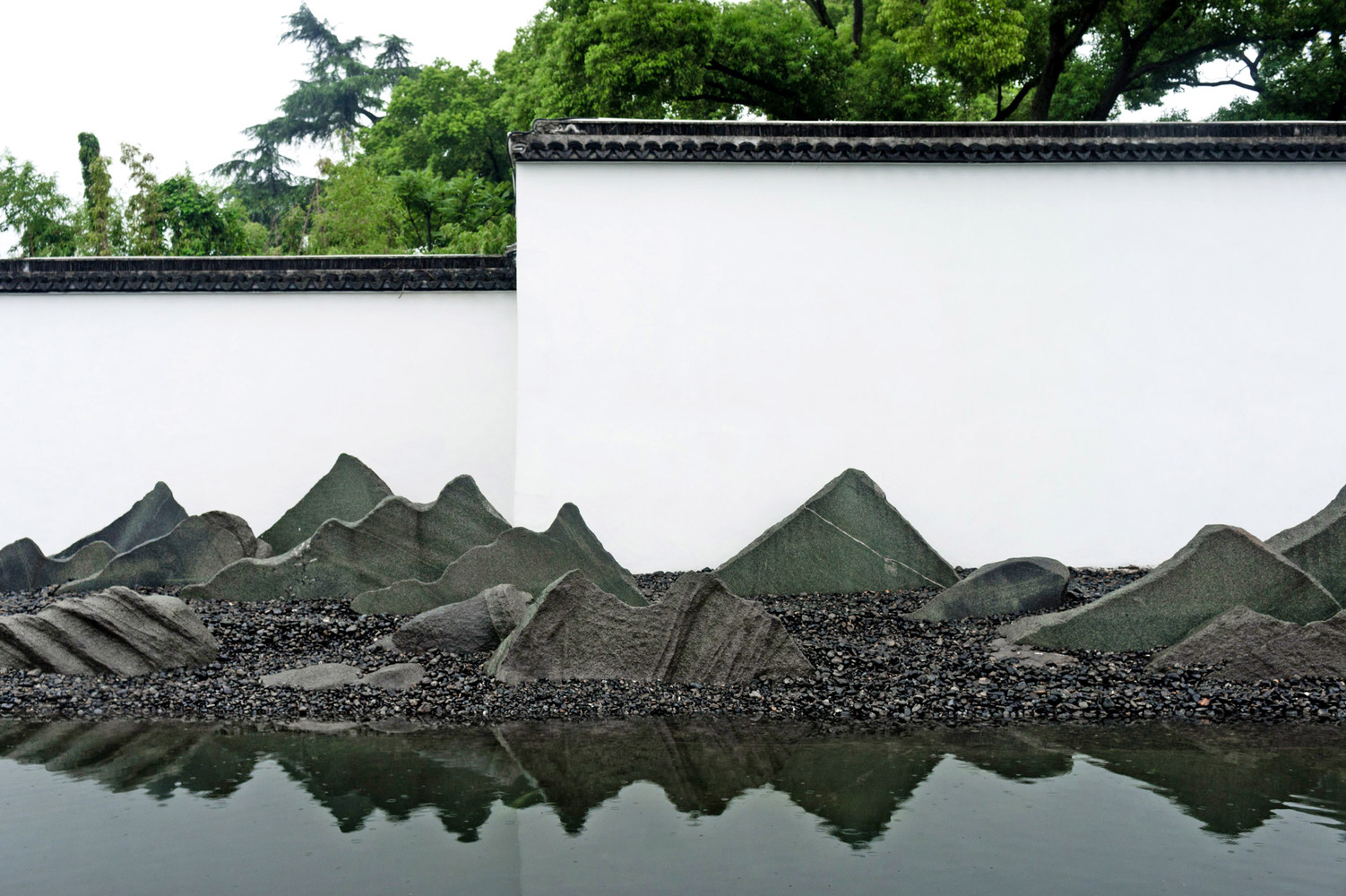 Suzhou Museum is Pei’s third project in Mainland China, after the Fragrant Hills Hotel (1982) and Bank of China Headquarters in Beijing (2001). The multi-year design and construction process for the museum was featured on PBS’s American Masters documentary series in 2010 in an episode called “I.M. Pei: Building China Modern.” [4] 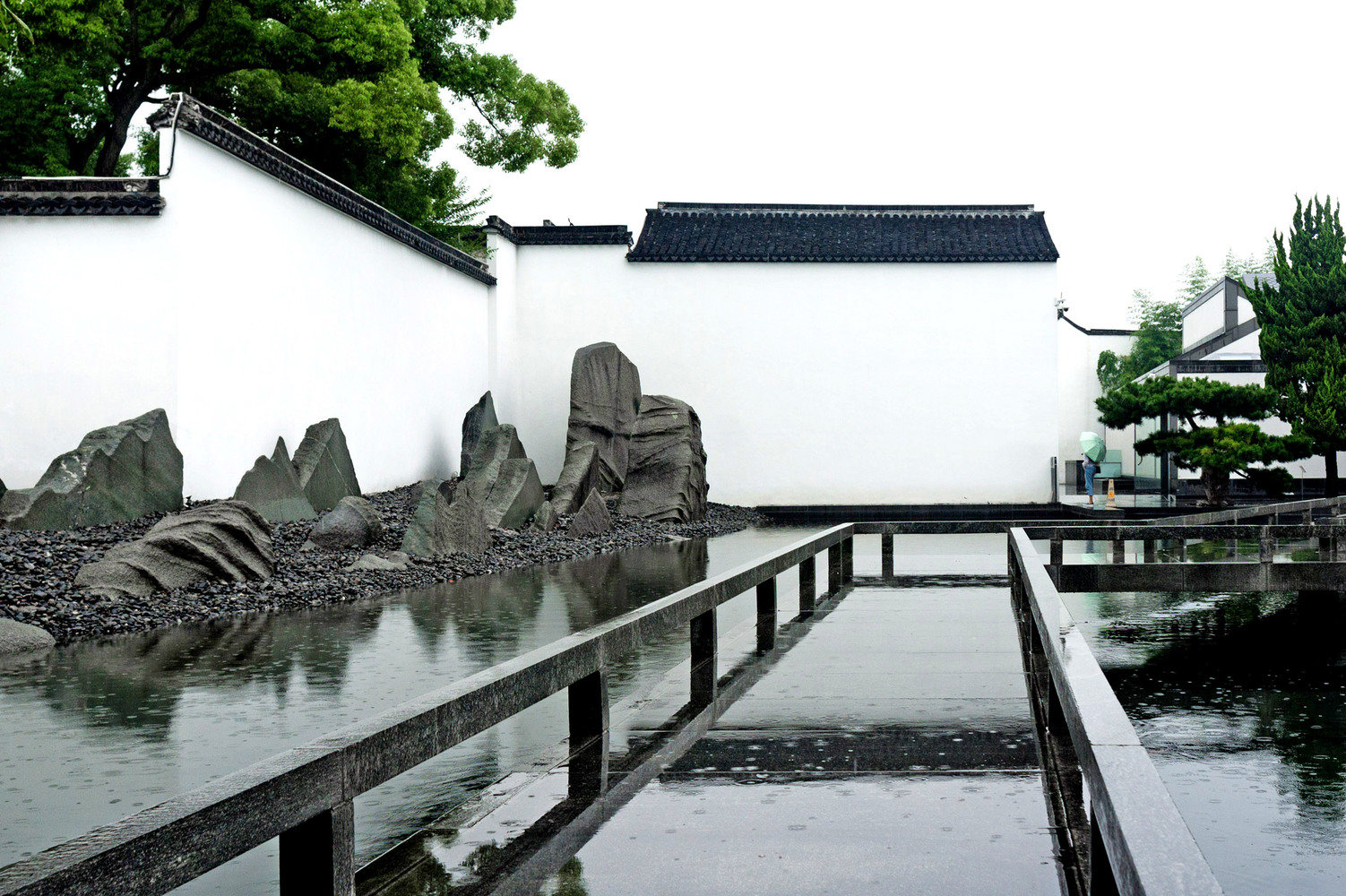