Appreciated within the industry but often maligned by the general public, brutalism came to define post-war architecture in the UK, as well as many countries around the world. In his 1955 article The New Brutalism, Reyner Banham states it must have “1, Formal legibility of plan; 2, clear exhibition of structure, and 3, valuation of materials for their inherent qualities as found.”

One Kemble Street, a 16-story cylindrical office block originally named “Space House” and designed by George Marsh and Richard Seifert, clearly exhibits all of these characteristics, creating a landmark in the heart of London that remains as striking today as it was upon its completion in 1968. Photographing the Grade-II listed building throughout the day, photographer Ste Murray manages to beautifully capture the building’s essence, celebrating its 50 year anniversary while also highlighting the intrigue of its form in a way that suggests parallels to contrasting ideologies. 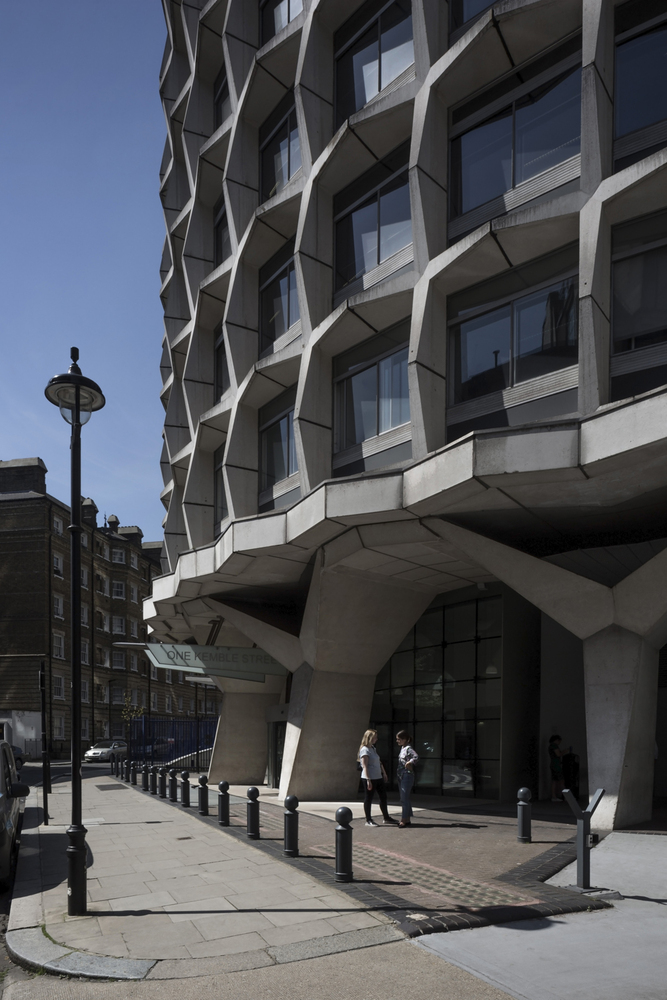 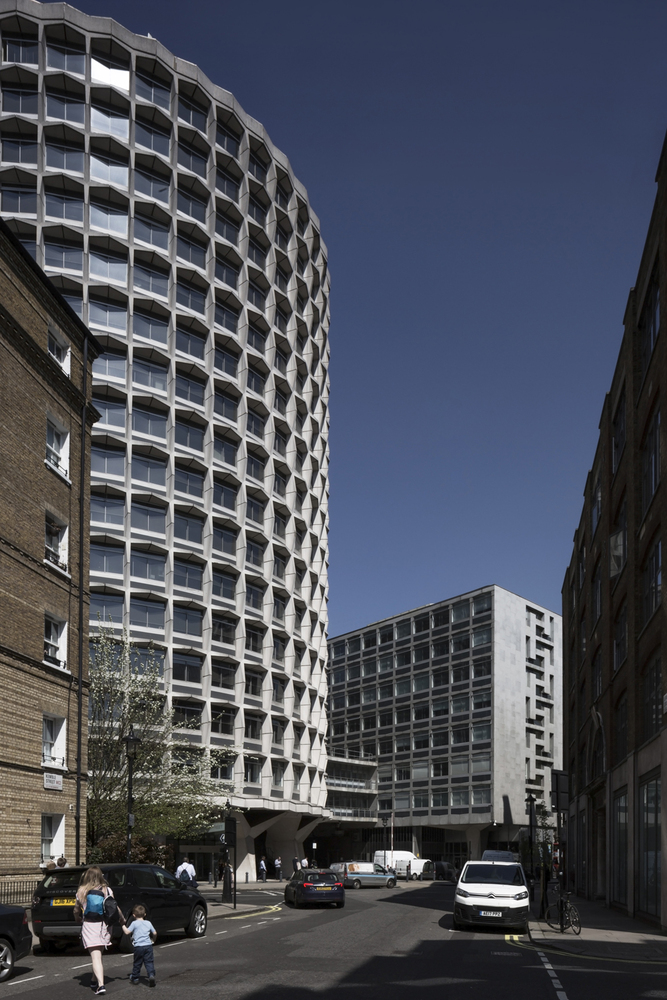 Dense Y-shaped columns—similar to those used by Marsh and Seifert at another London landmark, Centre Point Tower—elevate the structure, creating an inviting public entrance around its circular plan. The columns support a modular structure: three-meter-high, precast concrete cruciform blocks that fit together to form a cylindrical shell, inset with large glass windows.

The depth of the exoskeleton is such that shadows are cast upon the building’s own surface, emphasizing the undulating section through the varying shades of raw, white concrete. 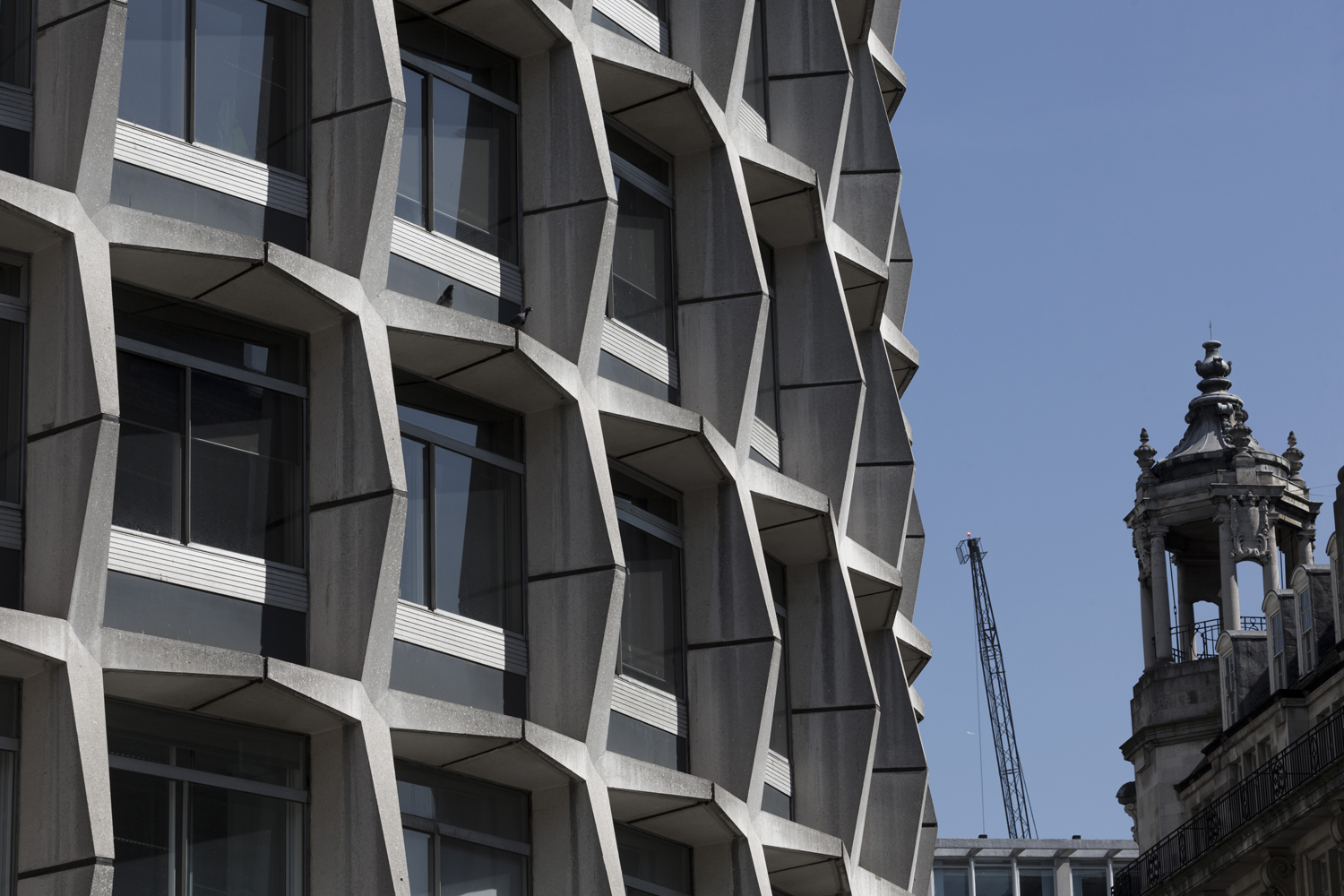 In complete contrast to the Edwardian building it replaced, Space House maintains a unique aesthetic and flair, in spite of its use of the deeply functional design principles of Brutalism. The precast modules fixed end-to-end allowed for cheap, scaffold-less construction, while the floors were precast to reduce the build time. Even its iconic shape wasn’t an intentional statement of beauty, but rather an effort to reduce the lateral forces and engineering costs, every decision maximizing efficiency during the commercial property boom of 1960s London. 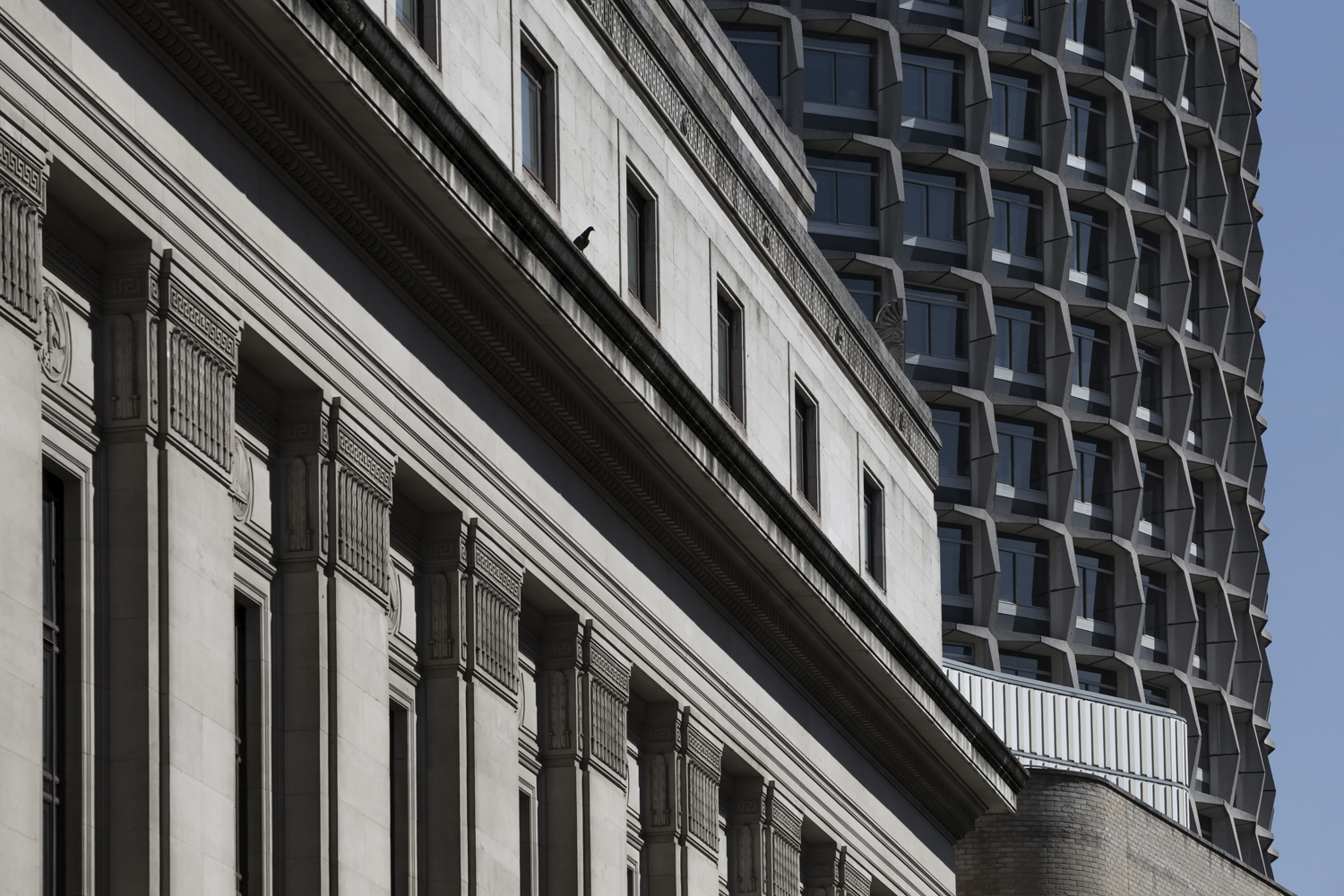 ” I was interested in how this building, practically symmetrical in its uniform circular form, reacted to its context and vice-versa. There is an inherent stubbornness with bold modernist buildings such as this; confident in their own agenda, they can sometimes turn their back on an area. With Space House, it feels quietly self-assured in its own self-esteem—allowing the various other buildings in the area to work alongside it.
– Ste Murray, architectural photographer “ 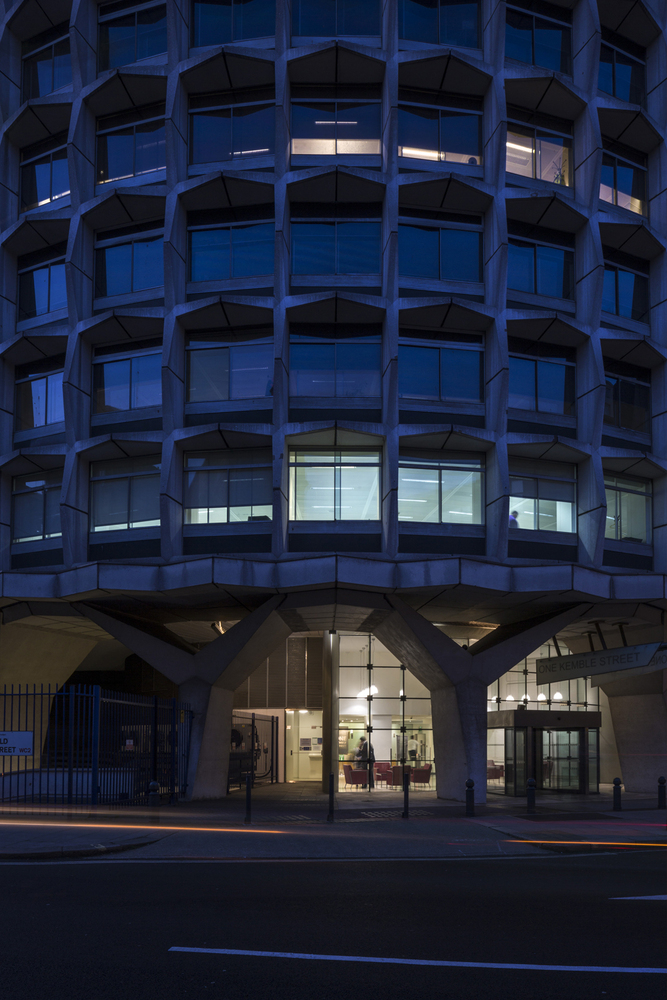 However, when isolating the building from its context, Murray’s photographs highlight the almost classical symmetry of elements, with each module’s subtle angles creating a colosseum-like appearance from afar.

In the evening shots, where the angled silhouette of the facade is placed against the turning night sky, you begin to see the hidden nature of Space House, sharing the decadent complexity and ornateness of the architecture surrounding it. Jonathan Foyle, chief executive of the World Monuments Fund Britain, summed up the Brutalist movement it belongs to when he said:

“It is damned by it’s name, which comes from the French ‘beton brut’, or raw concrete, but we use the same word [Brut] to describe Champagne, and this perhaps sums up the dichotomy at the heart of this style. “ 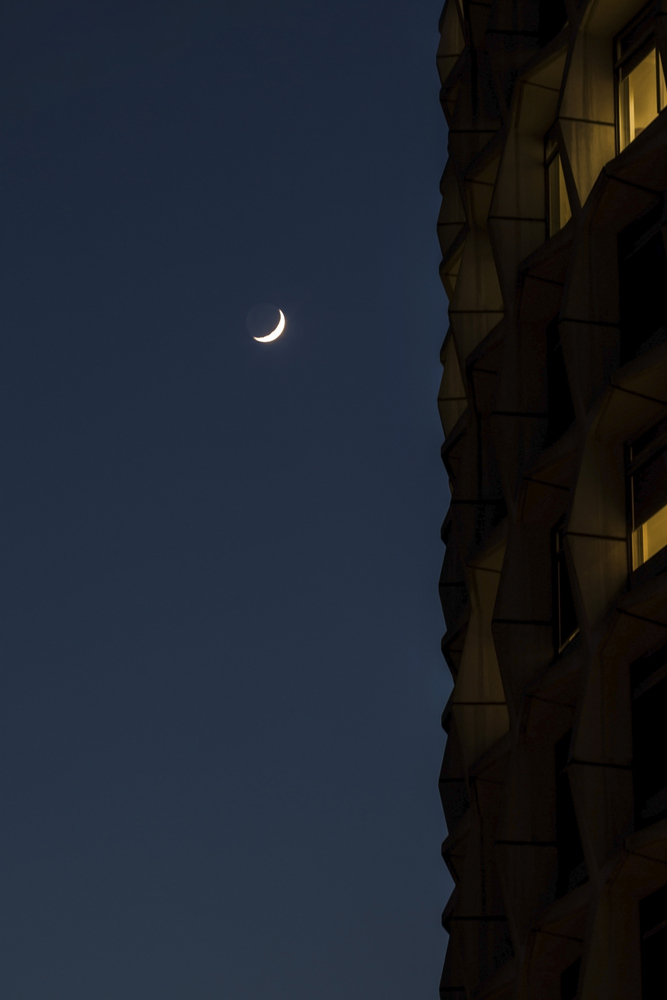