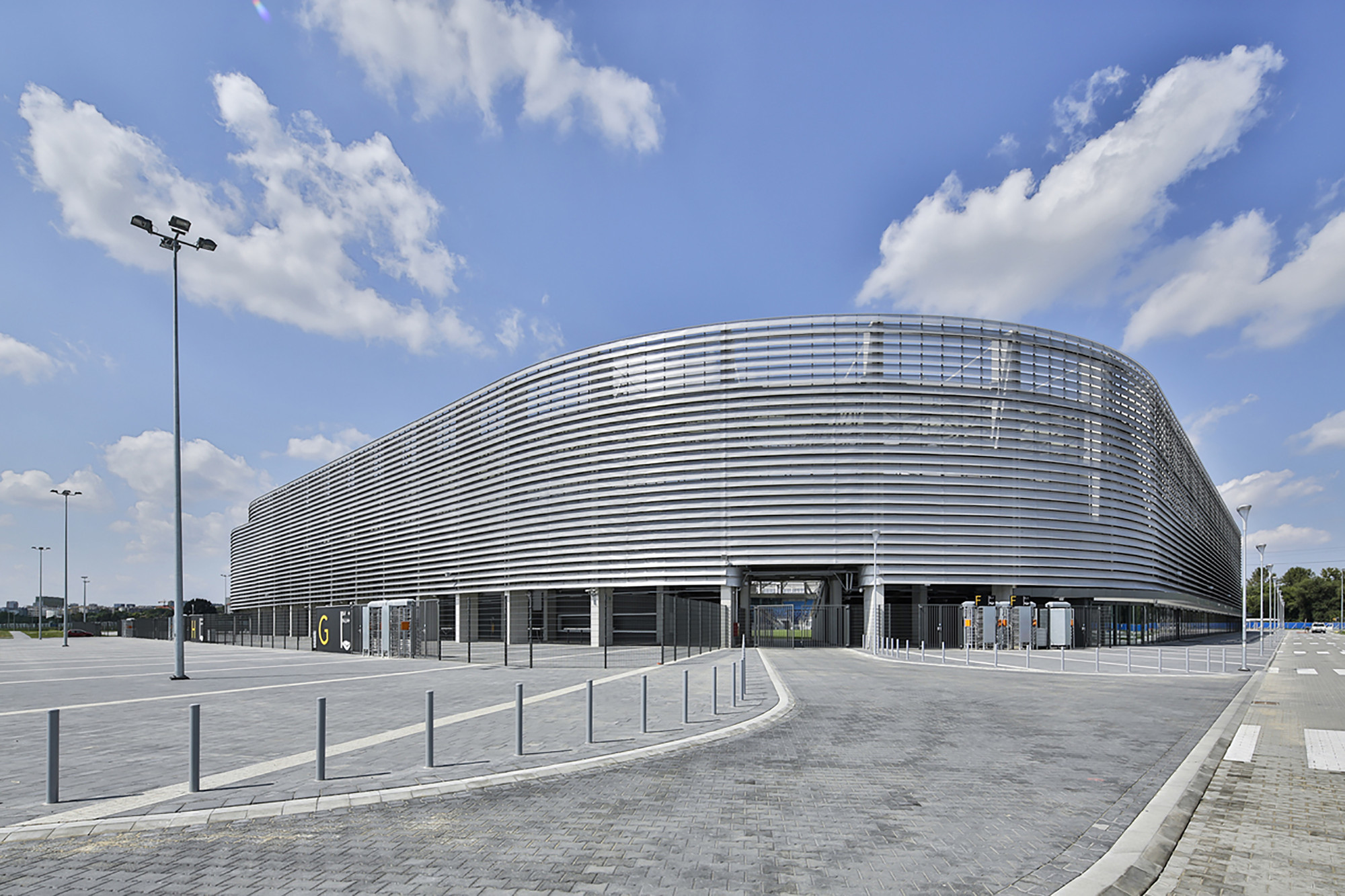 Text description provided by the architects. In 2011 Budimex (Contractor) and Estudio Lamela (designer) won a “design & build” competition for execution of City Stadium in Lublin. A result of this collaboration was a football stadium with a capacity of about 15 400 numbered seats, meeting the requirements of UEFA and PZPN for Category III stadiums. 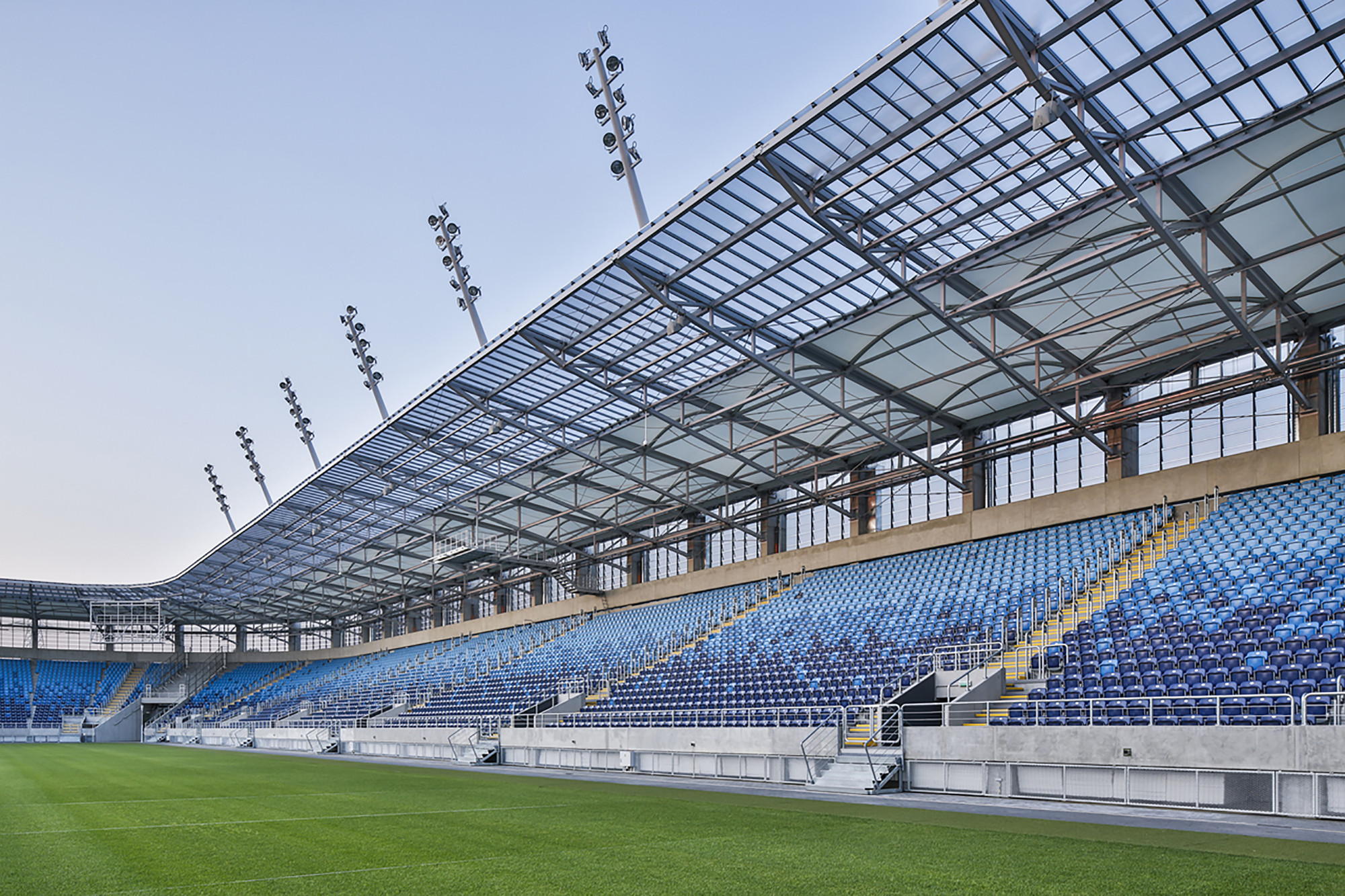 The property was located on the Bystrzyca riverside, on almost 19 acre parcel of liquidated industrial facility (the old sugar factory). 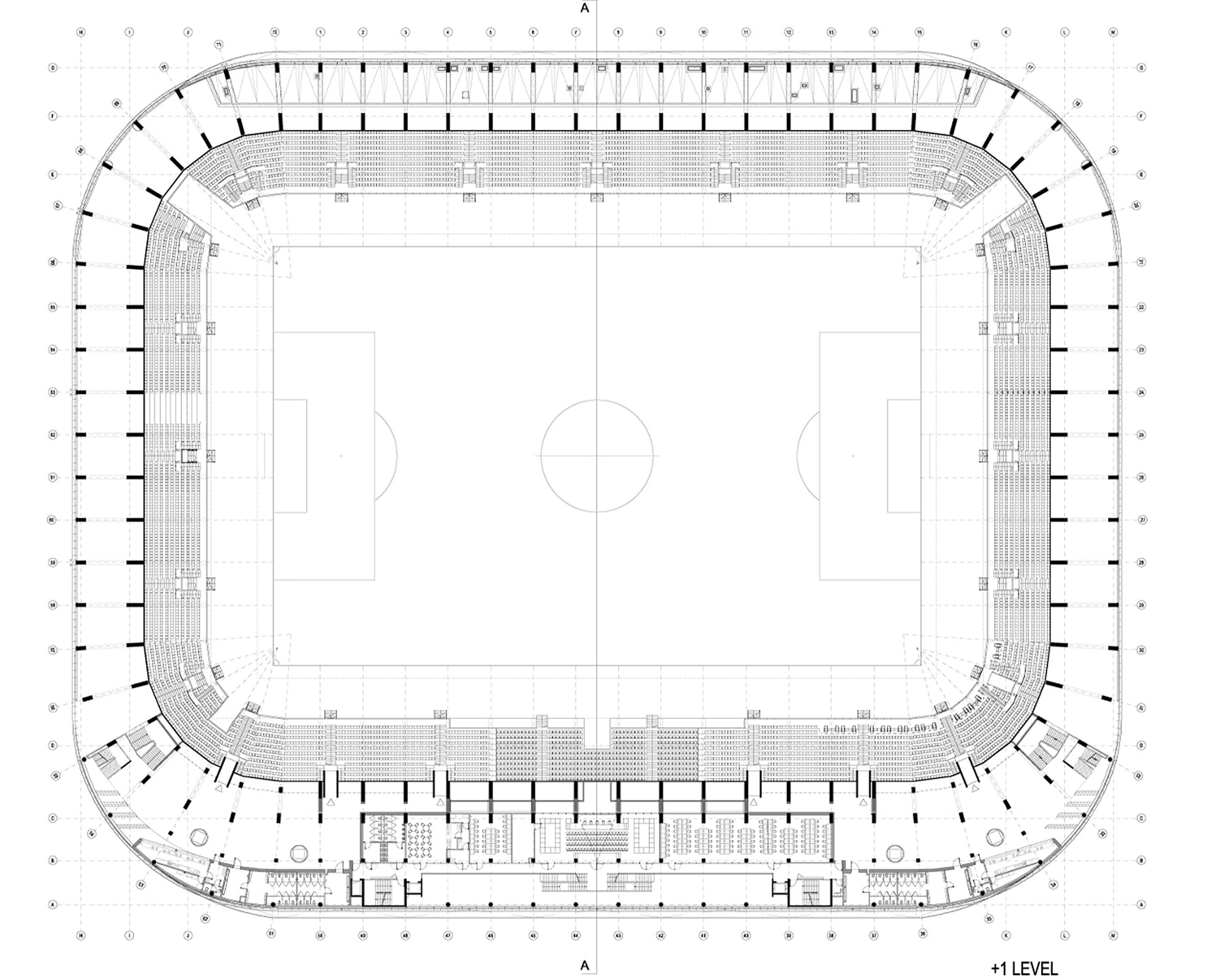 In the area outside the main object of the stadium are also two full-size training pitches. 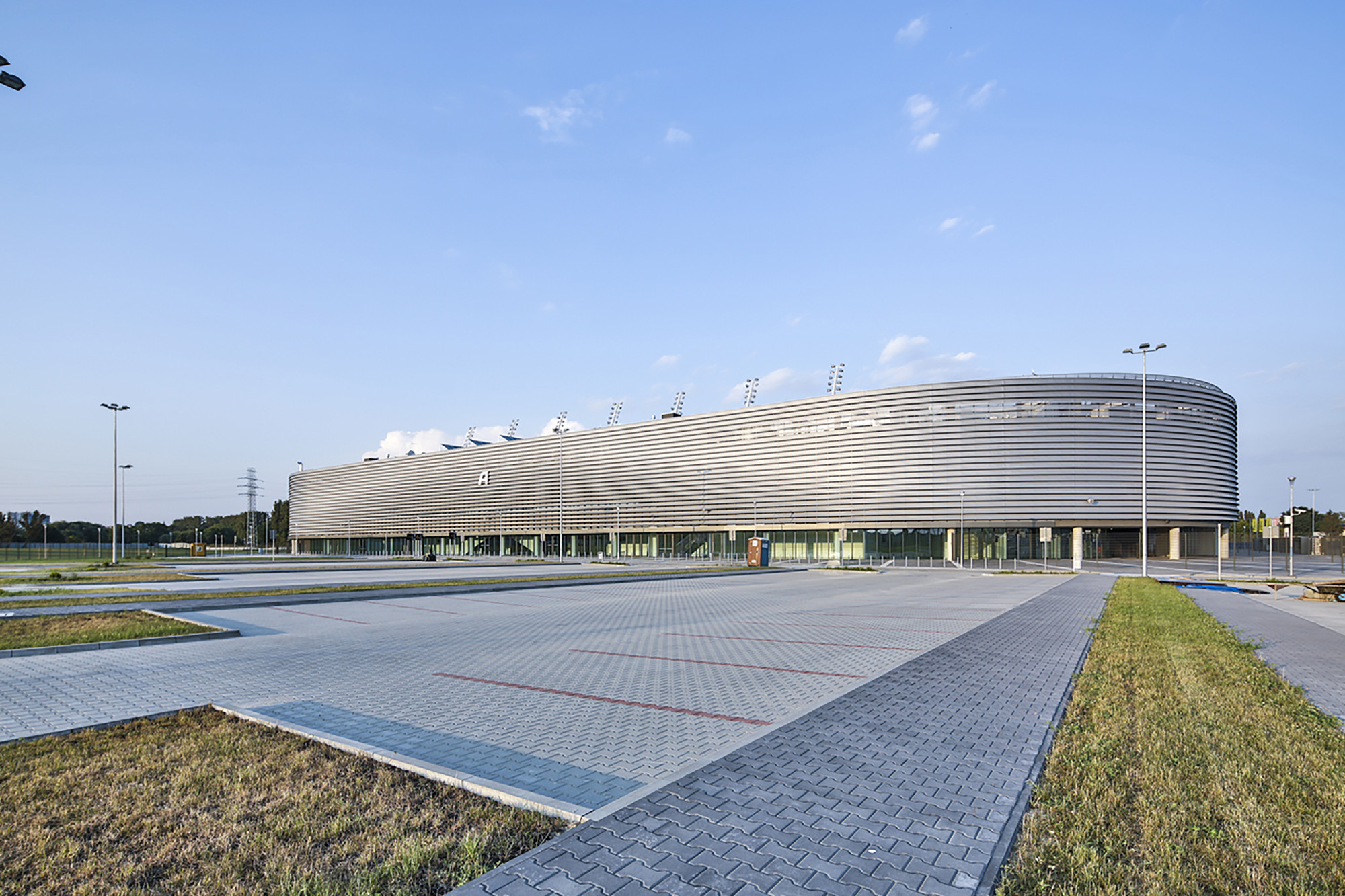 In front of the stadium there is a parking for approx. 1,000 cars and 20 buses, including places for disabled people. At the grandstand there are parking spaces for players, VIP guests, press representatives, activists and employees.

The main entrance to the VIP complex is located on the west side. 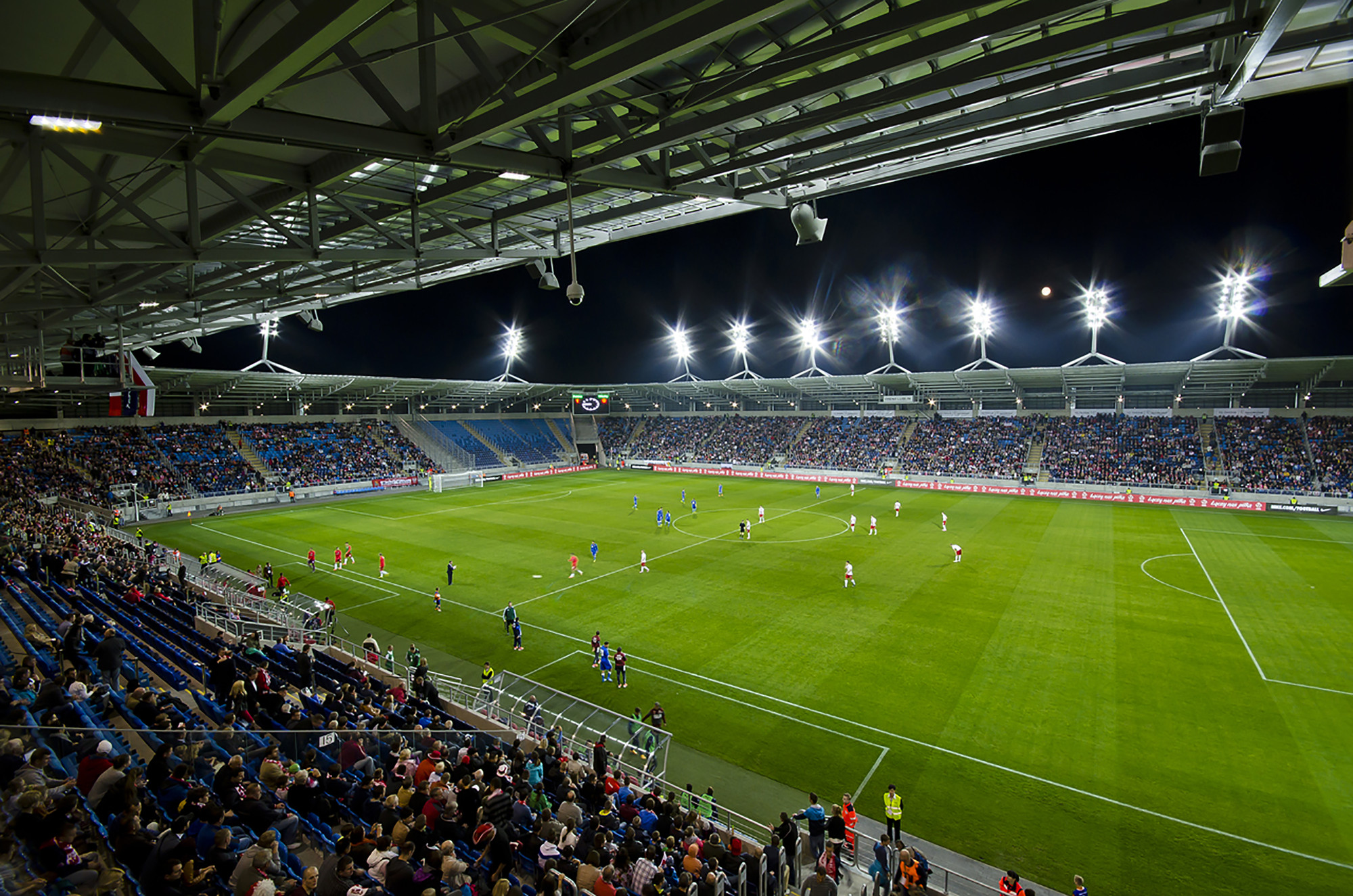 The project was based on the functional-utility program, but during the design process, as a result of collaboration with the client and contractor, solutions for the implementation of commercial functions were introduced. The property was designed not just for football competitions, but will be able to host other cultural events and become an important sports and recreation centre. 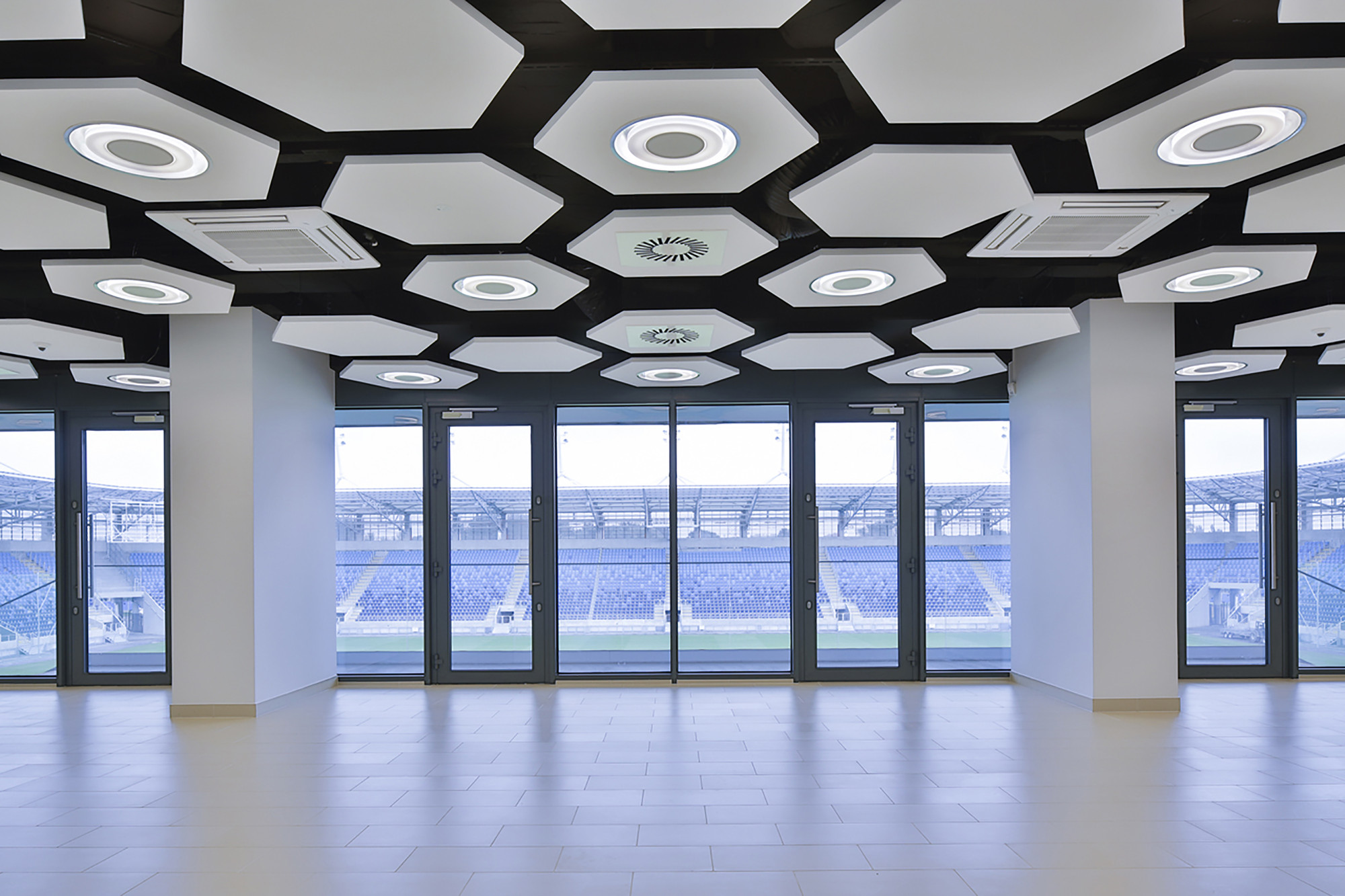 Due to the peripheral location of the stadium, and in accordance with the requirements of the contracting authority, the building may operate and offer its services not only during large events. In the eastern part of the grandstand there are commercial housing shops, cafes and a spa that will allow partial funding of the object. 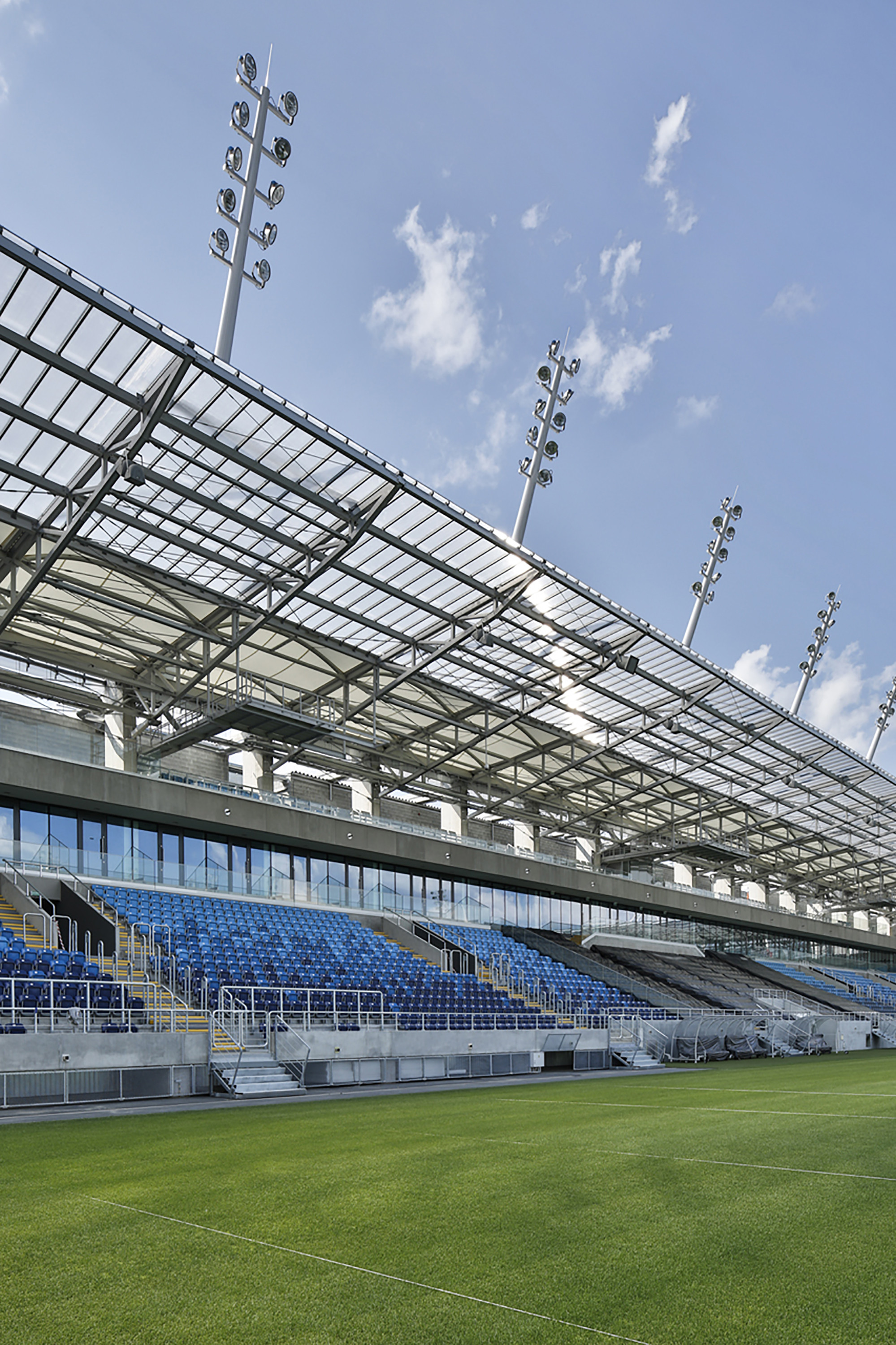 Furthermore, many rooms and spaces are designed to perform role of service during the events of match play the events and to be able to hire and raise revenue contracting.
Organization of events on the field will be possible with grasslands protective system. 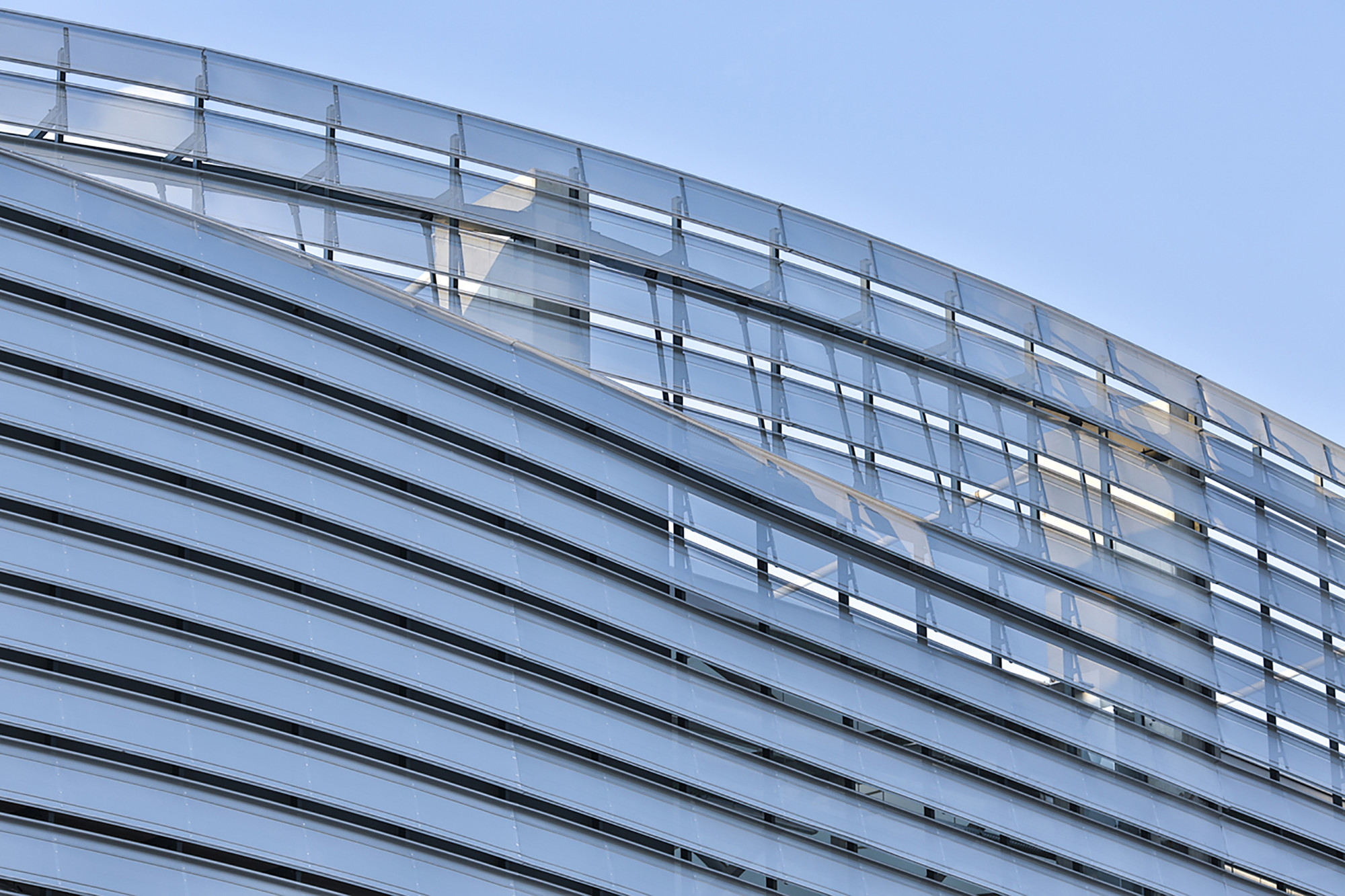 Due to its location it was a design challenge to create an object that will be easily visible from a distance. Designed facade makes the building illuminated block which is a distinctive landmark. 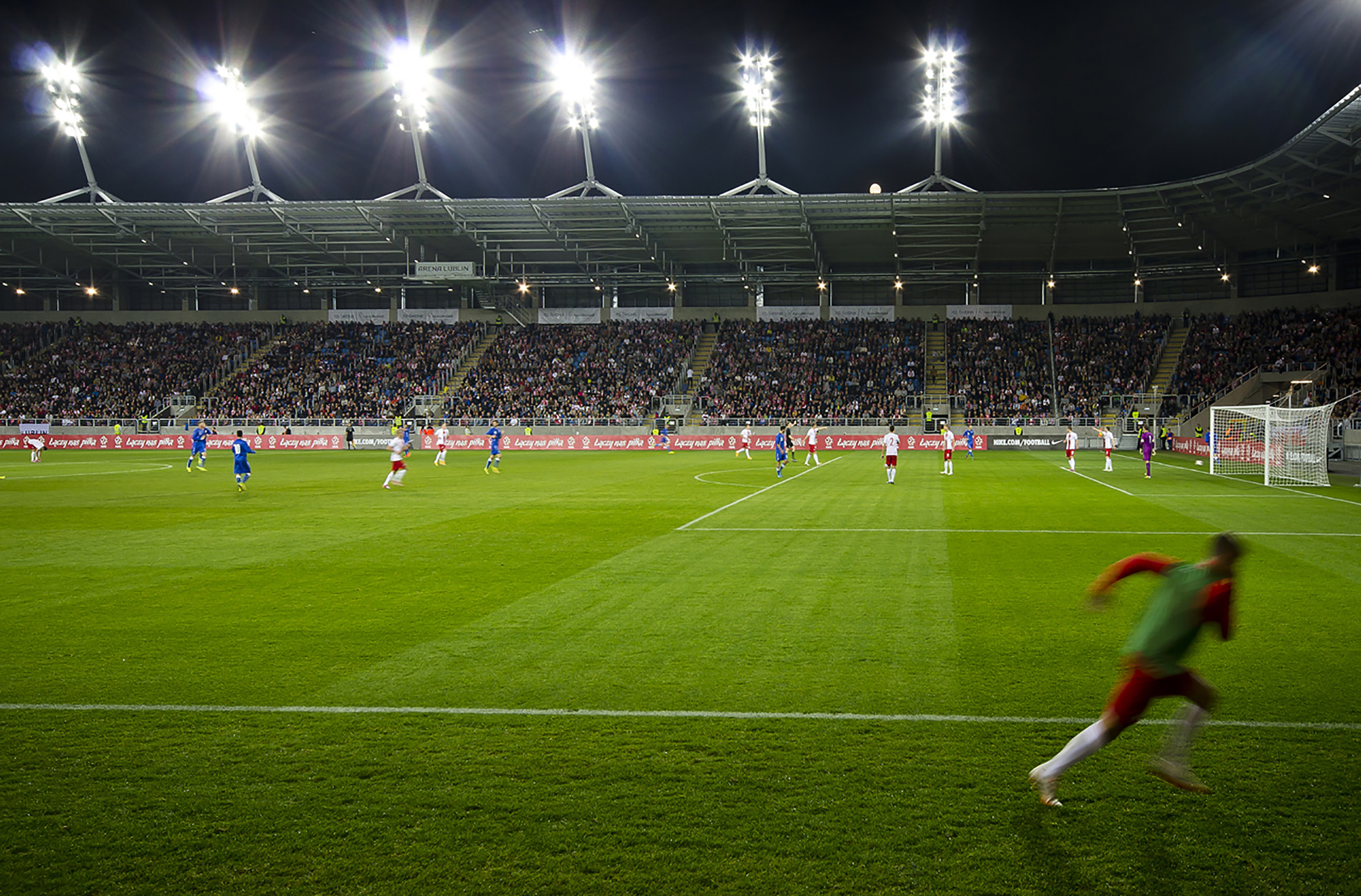 The elevation was designed in the form of longitudinal strips of metal panels (with a relatively large perforations) girding the building. 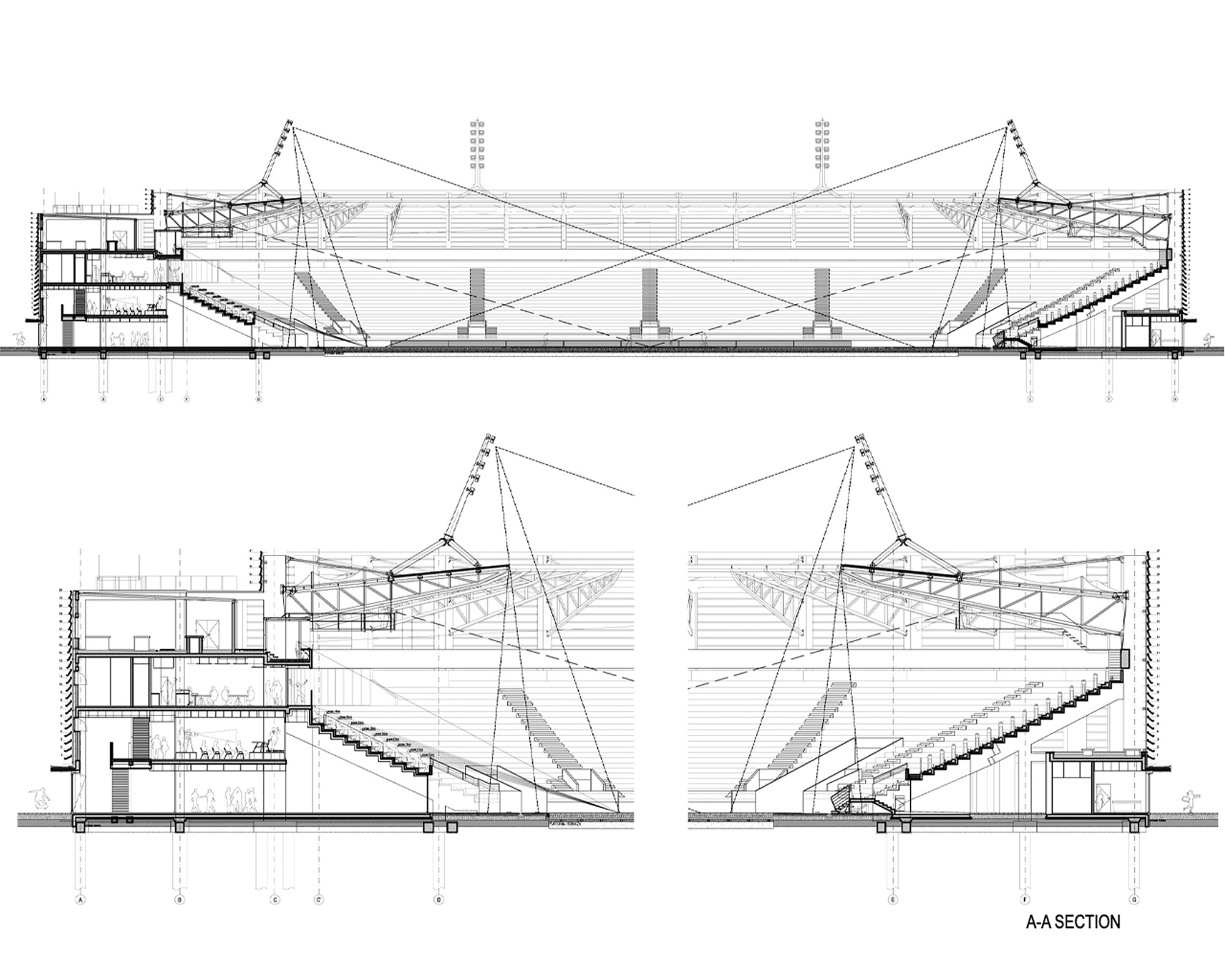 In the central zone there is representative two-storey hall entrance for VIP fans, that can be also a lobby for an office / conference center, except match days, as well as the entrance for the press.

Entrances for players are located symmetrically on both sides of the hall. The ground floor is used mainly for players supporting functions such as locker rooms, gyms and training facilities. 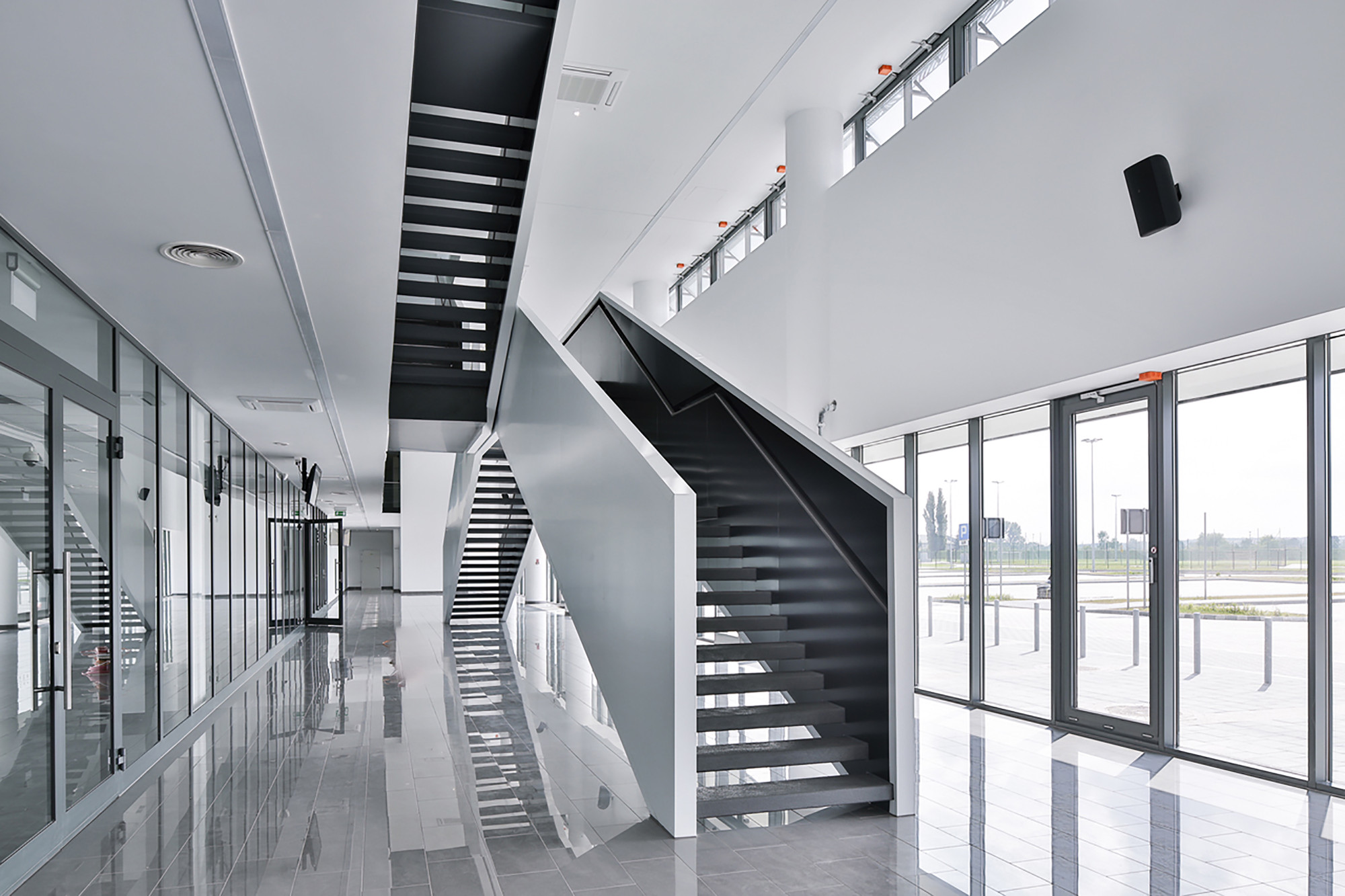 At + 1 level there are rooms for journalists, including conference room and work rooms. At journalists’ disposal is also the highest usable floor where there are 200 commentators’ positions.

The space under the northern and southern grandstand is dedicated to the needs of the fans. That’s where dining options and toilets are. These surfaces are integrated with the outer square. There’s no closed facade and are an extension of the entrance square. In the remaining stands viewers supporting features are located, such as toilets, bars or first aid. 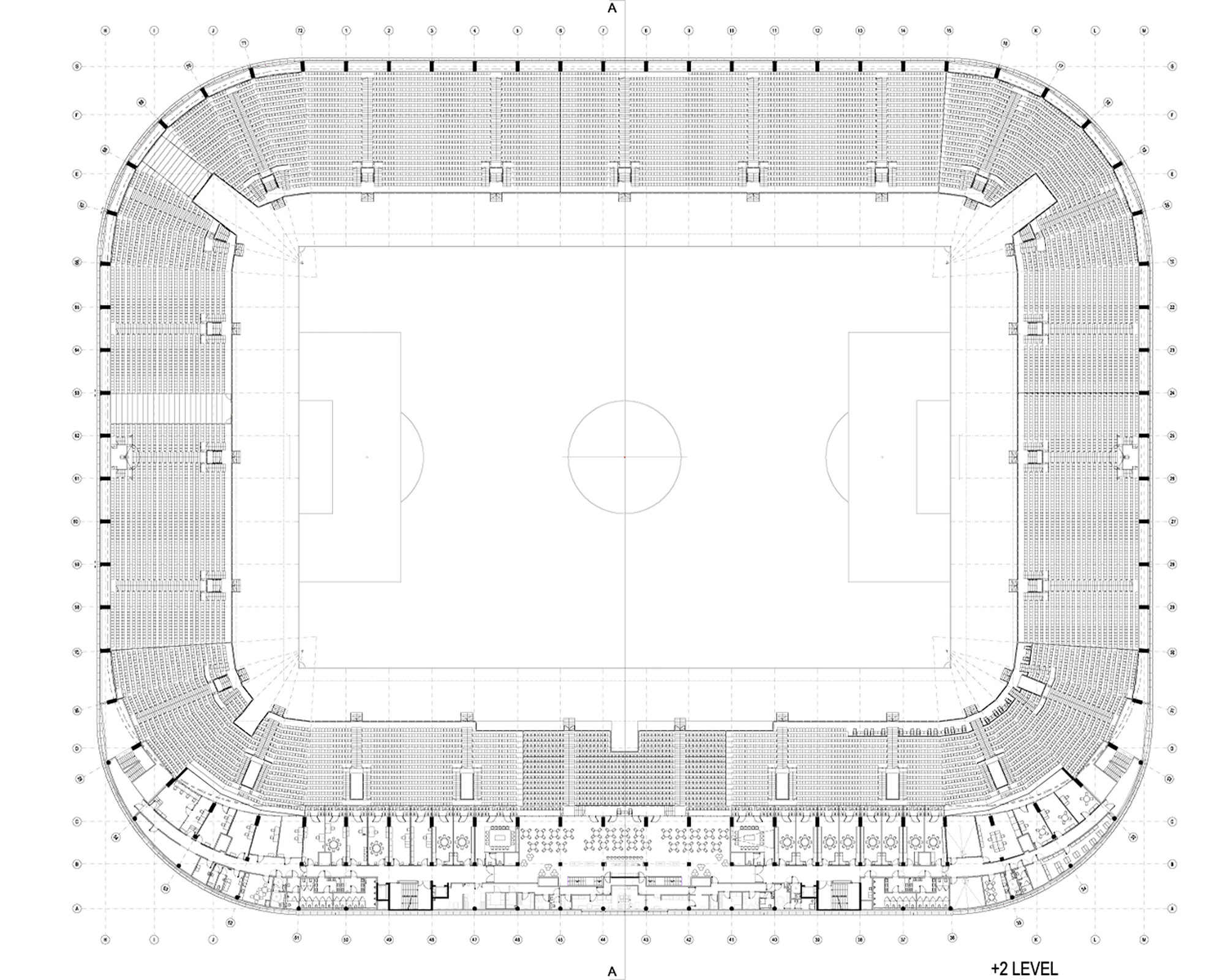 When it Comes to Building a Better Airport, “It Never Pays to Use Cheap Materials”

Get To Know The 2022 Qatar World Cup Stadiums