A new, 40,000-seat stadium has been unveiled in preparation for the 2022 FIFA World Cup. Planned for Qatar’s Education City, the home of Qatar Foundation for Education, Science and Community Development (QF), the “Qatar Foundation Stadium” is the fourth stadium design that has been released by the Supreme Committee for Delivery & Legacy (SC).

The structure is intended to reference Islamic architecture. Both the interior and exterior will be clad in translucent triangular panels whose color and patterns will shift throughout the day, depending on the position of the sun and influence of artificial illumination which will reflect the events happening from within the stadium.

Read on after the break for more on the design. 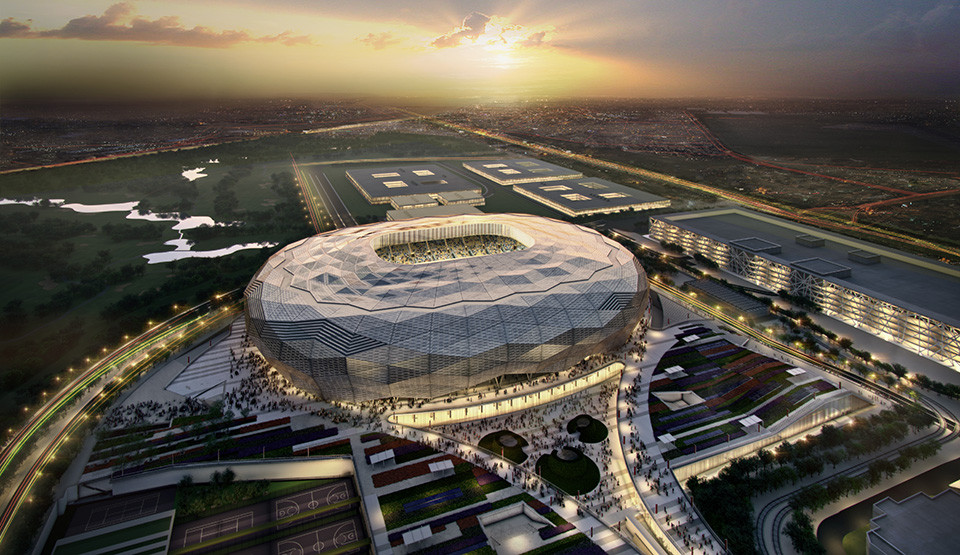 Cooled for year-round use, the stadium and it’s surrounding precinct is planned to be made available to QF students, faculty and employees, along with members of the local community, in an effort to, as the SC describes, “help generations of Qatar’s residents achieve their fitness goals.” A number of gymnasiums, clinics, an aquatics center and other facilities for racquet sports, cycling, indoor surfing and rock climbing will be added to the area. 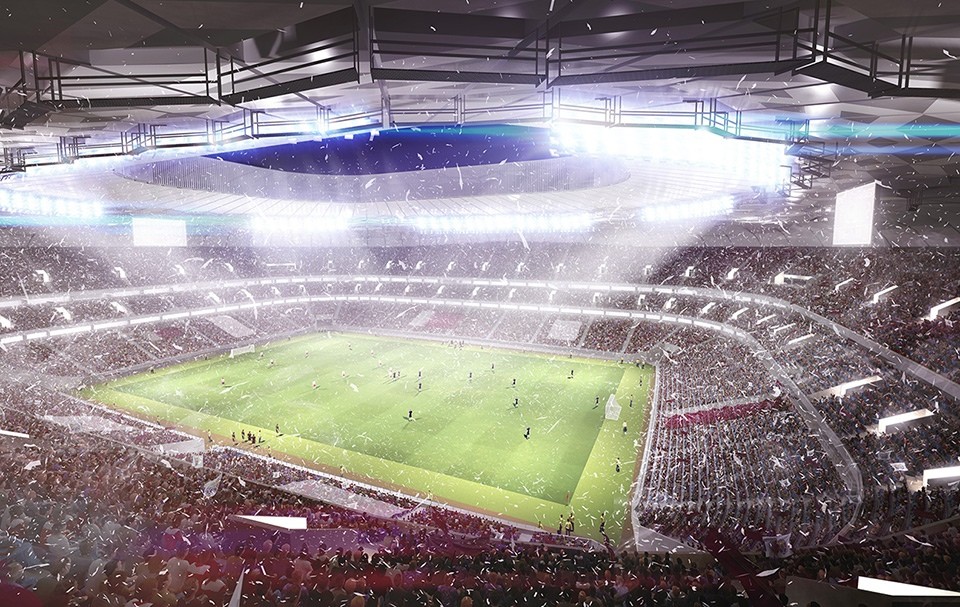 Following the 2022 FIFA World Cup Qata, the Qatar Foundation Stadium and the Health & Wellness Precinct is expected to become a sports, leisure and social hub, as well as the home of the QatarWomen’s National Football team. The stadium’s modular upper tier will be removed and relocated for use, reducing the venue’s capacity to 25,000 seats. 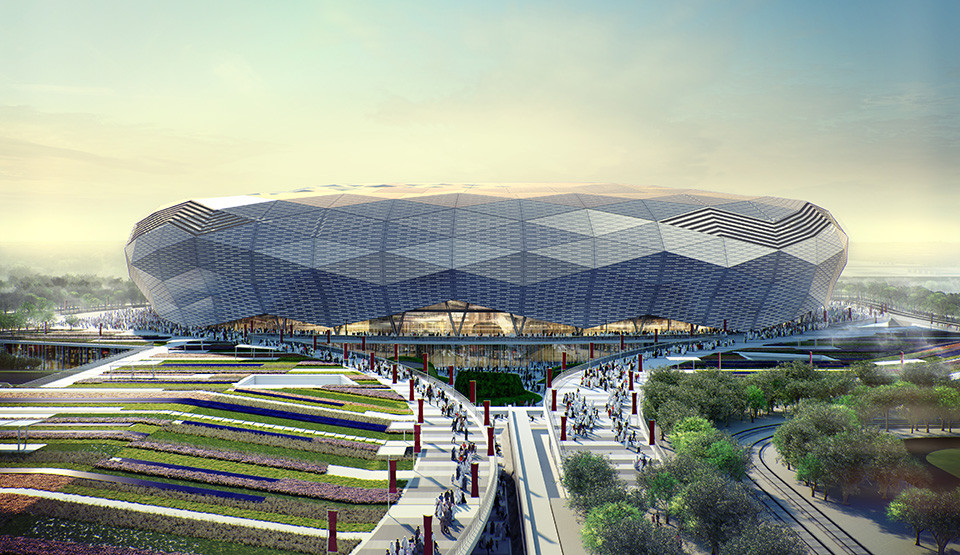 The Qatar Foundation Stadium is the fourth design unveiled for the 2022 World Cup, joining the Khalifa International Stadium, Al Bayt Stadium and Zaha Hadid Architects‘ Al Wakrah Stadium. All stadiums will be linked by a modern transport network that will transport fans quickly between venues.

Architecture in Limbo: How Technology is Changing the Way We Use “Useless” Space