Red is everywhere. From stop signs to bricks and lipstick to wine, our constant use of the color in everyday objects has slowly taken over our subconscious. Red is a color that always blends with the context, telling us how to feel or what to think, but why are we attracted to it? Why did cavemen choose ochre-based paint to draw on their walls? Why do revolutions always seem to use red to stir support? Why do we parade celebrities down red carpets, when green or blue would surely do the same job? While the answers to these questions may be vague and indefinite, red’s use in architecture is almost always meticulously calculated.

Simultaneously symbolizing passion, danger, revolution, prosperity, and love, the various interpretations of the red make it one of the most deliberately-used colors in architecture. Architects regularly use it as a tool to tell a story or evoke a specific reaction. Here’s a list of projects where the color red has been effectively implemented.

There may not be an architect more synonymous with red than Bernard Tshumi. Consistently using red at the core of his work, Tshumi believes that ‘red is not a color,’ but instead an idea. In the case of Parc de la Villette, the choice of using red carried both a historical and conceptual significance. Located in Paris, the site used to be home to the French National Wholesale Meat Market and Slaughterhouse; hence the crimson, bloody facades of the various deconstructivist follies reference to the former function of the land. More importantly, red draws visitors towards the spaces where Tshumi hopes to initiate interaction – similar to how flowers use their color to encourage pollination – acting as a beacon to gather members of the community. 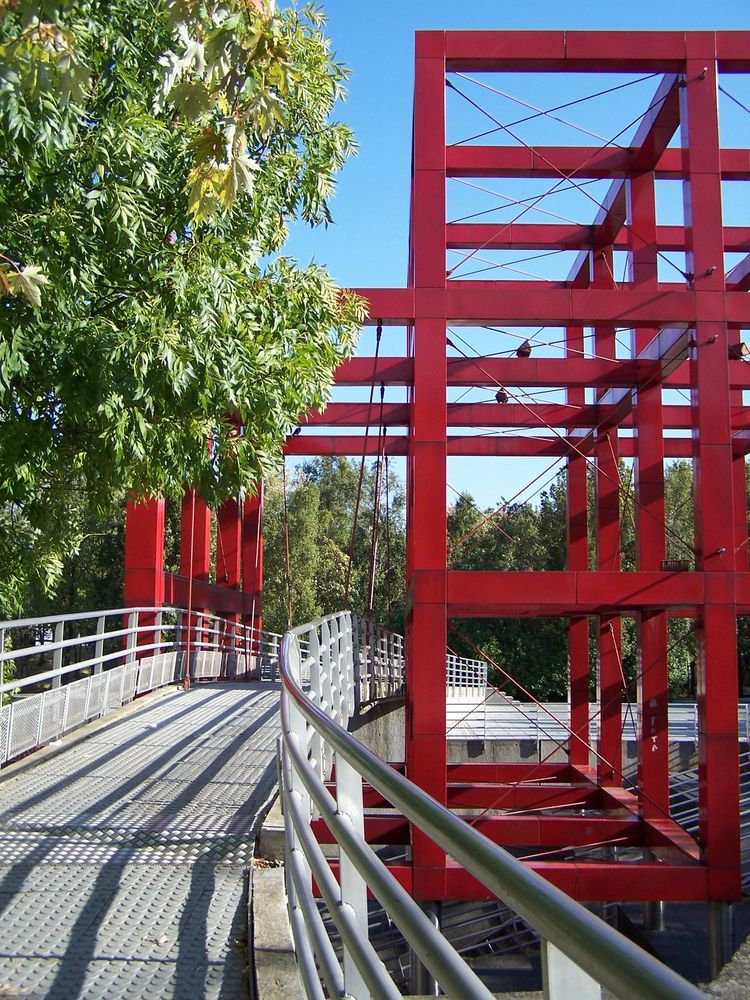 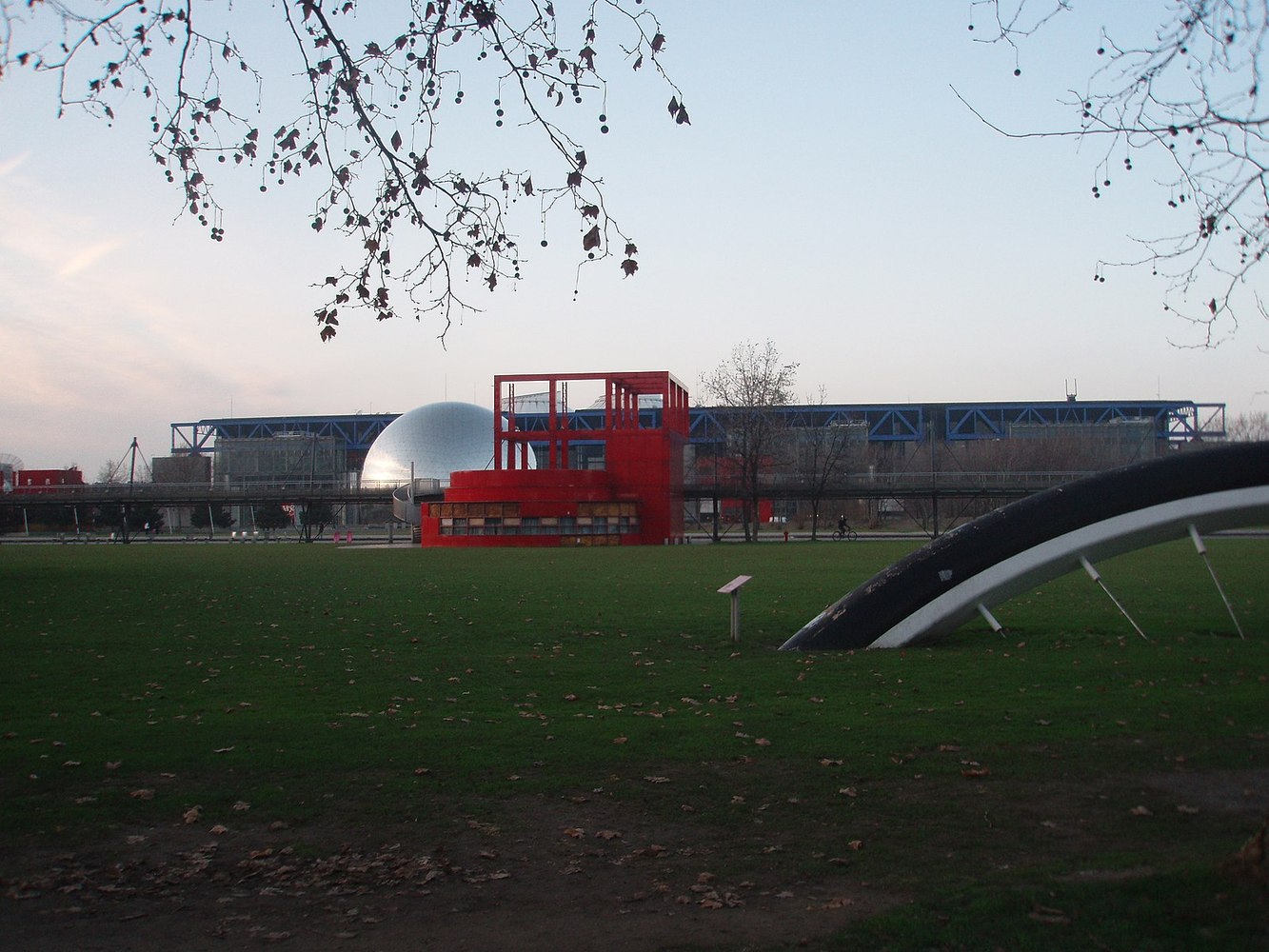 Belgian-based architects de Vylder Vinck Taillieu often use color to emphasize parts of a scheme, whether it’s green to show structure or white to show new inserts in old buildings. Most striking, however, is their renovation and expansion of DC L-Berg, where they use red to highlight the many mistakes made during each construction process. Treating the entire finishing process as a fun venture, dVVT embrace the slight imperfections and in doing so emphasize the playful side that red can bring – almost putting a clown’s nose upon the various mis-pourings of concrete, the irregular positioning of pipes, and several red tape marks on the walls. 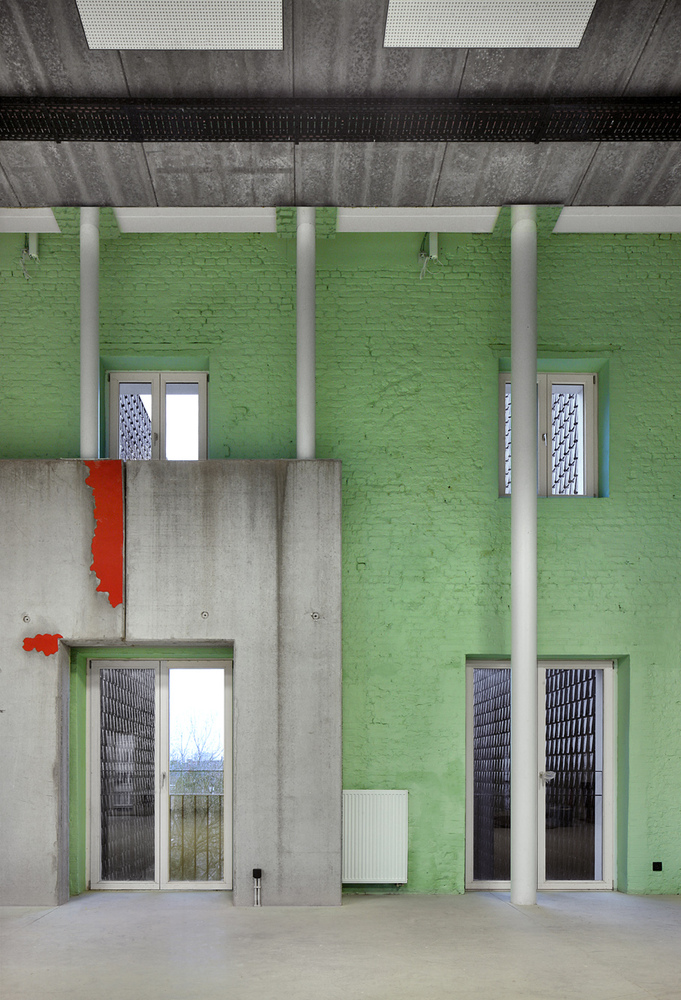 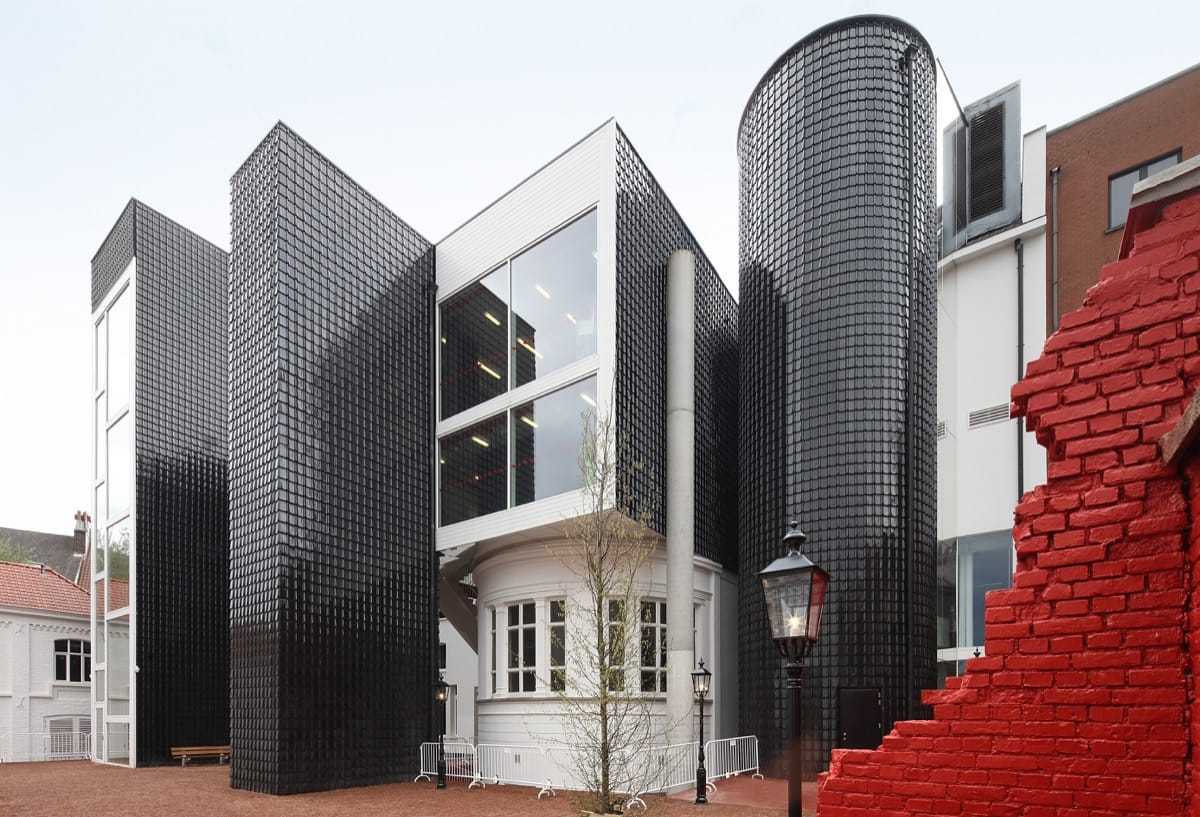 A temporary performance space located beside the National Theatre in London, UK, the Shed’s deeply stained crimson planks have a “startling and enigmatic presence,” boldly contrasting the surrounding pale concrete. In the brave choice of color, Haworth Tompkins play on the symbolism of the red curtain in theatre, moving the grand reveal of the stage from the interior to the exterior. Psychologically, the intense emotions that red evokes – power, love, passion, desire – are all emphasized on the stage during a performance, allowing the building itself to make a statement befitting of its function. 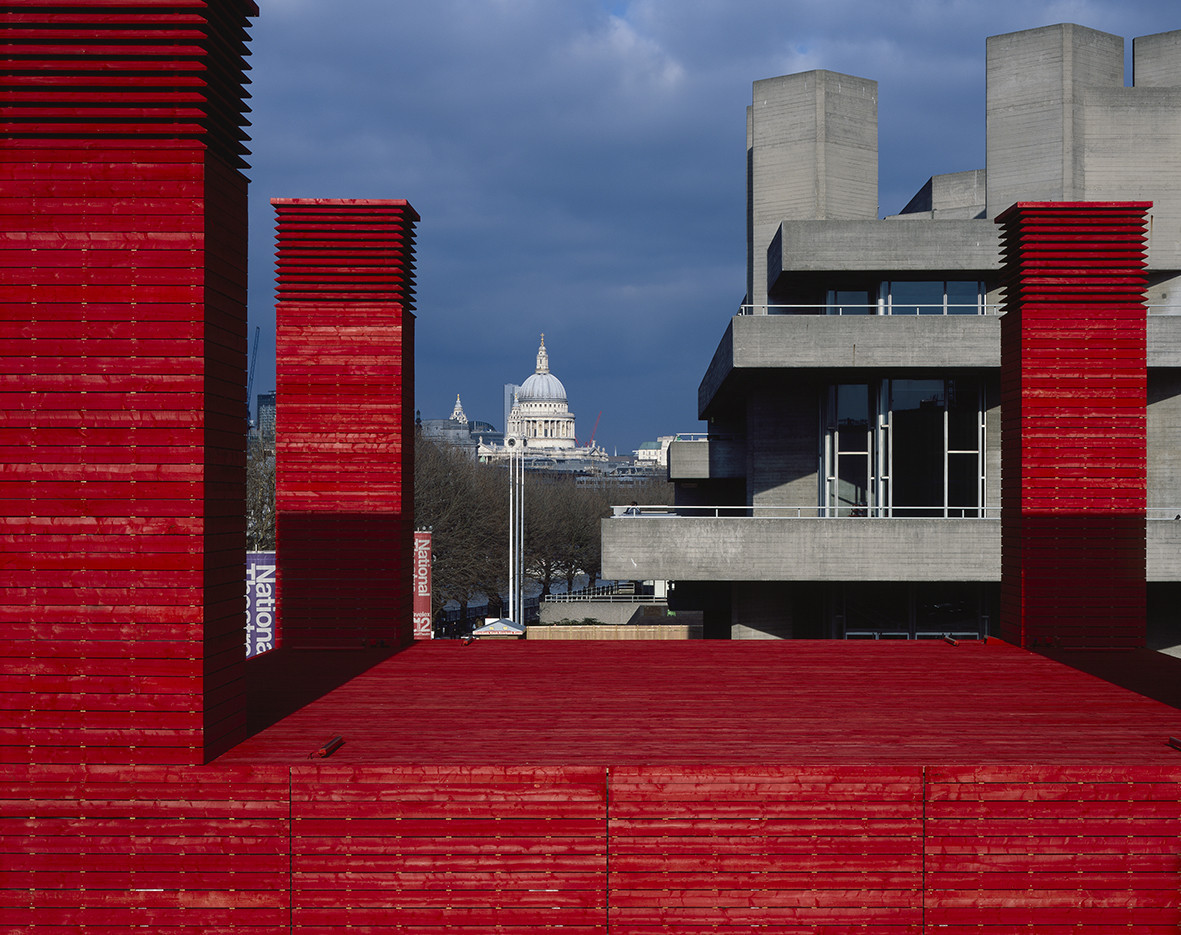 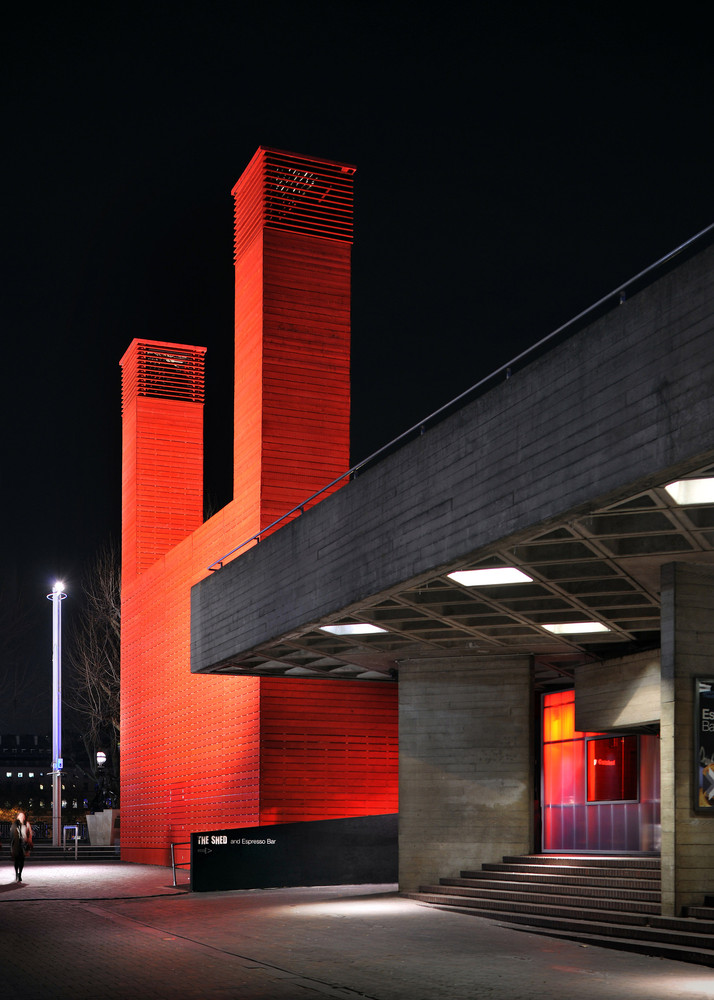 Across Asia, red has a great significance. Chinese culture portrays it as the color of wealth, joy, and luck, in which the country’s earliest pottery and art show an extensive use of ochre-based dyes and paints. Capturing this historic culture, the Garden of 10,000 Bridges by Dutch-based firm West8 paints a picture of hope and success. Built as part of the Xi’an Horticultural Exposition in 2011, the five circular, red bridges suggest infinite prosperity, using the cultural symbolism of a color to connect with the community around it. In contrast to the synthetic reds of other projects, the use of red within the render creates a more subtle, natural aesthetic, where the human interventions seamlessly blend into nature.

Gardens tell a story. They combine poetry and narrative. The Garden of 10,000 Bridges represents the human life; the path of people’s lifetime, which is a route of uncertainty and burden, but also of highlights and elation. The garden design takes you on this walk of life as a meandering, winding trail – continuous and like a labyrinth. It lets you find your way through nature and takes you over 10,000 bridges 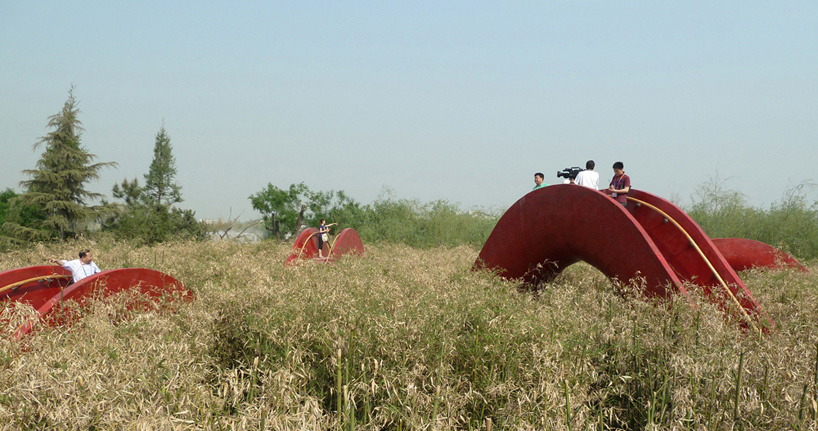 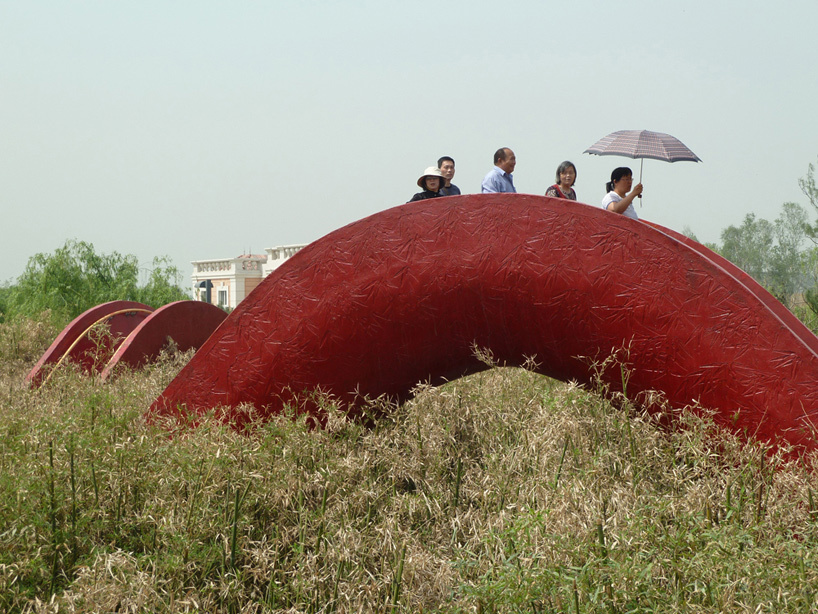 Source:"worldarchitecture.org" Submitted by Pappal Suneja This is synopsis of Building for a Billion, an International…